A Psychotherapist, a Psychiatrist, or Both? 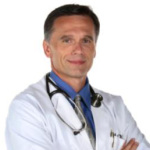 Most people come to see me for help not with serious mental illness but with problems dished out by the school of hard knocks. On a first visit we scope the territory, I set up a mental database, and we set goals for our work together.

No matter what the issues are, depression and anxiety are usually in the picture, because we humans are hard wired for them. They are byproducts of effort and uncertainty combined. So you might ask, why not just get rid of these and other problems with medication?

The answer is not simple.

Generally speaking, if you want your insurance policy to pay for your treatment, you will have to be evaluated by a therapist before you knock on a psychiatrist’s door for meds.

Insurers reimburse physicians only for writing scripts and not for psychotherapy. While some psychiatrists wear both hats, you will probably have to see two different professionals unless you want to pay for your care out of pocket.

How I as a social worker decide whether drugs may be warranted depends on whether the person to be medicated is an adult or a child. Before we consider either case, a few words about the human body are in order.

Our physical plant is marvelously complex, resilient, and long-lasting. Despite centuries of medical advance, it remains to a large extent mysterious in its workings. In our time, brains continue to be less fully understood than the rest of us.

Physicians who treat us for malaria or a broken leg operate with considerably greater knowledge of cause and effect than do neurologists or psychiatrists.

Consequently it remains true that medications, as regards both types and dosages, are somewhat impressionistically prescribed for maladies of the mind. They have on-label and (achtung!) off-label uses.

Clinicians often consider how well a patient “tolerates” a particular cocktail. The choice of words makes sense, given that medications are foreign substances whose impact on our system is imperfectly understood.

Since we are calibrated for survival, once the body encounters an alien substance, it will try to adapt while conducting business as usual. For this reason medications are often most effective at the start. Larger doses may be required over time to achieve the same result.

Discharging medication may be difficult. The patient may notice the side effects of withdrawal even when the dosage is ever so gradually reduced. These problems are compounded when doctors prescribe not one but several drugs.

Many people do not view psychotropic medications in this light. We have learned to expect aspirin to abolish headaches and other pills and potions to fix other problems. But psychotropic meds seldom if ever flip a switch.

Now, you may argue that the medical research shows something else. Medications and cognitive behavioral therapy are widely considered to be most effective in combination for depression, though for certain problems one or the other alone may be preferable.

I dispute the basis for this conclusion for a number of reasons, a few of which follow.

First, the diagnostic criteria for depression are symptom based and subjective rather than objective. A given symptom can have many causes. Furthermore, different observers may disagree about its severity.

We can take an objective reading of your blood pressure but not of your depression. To eliminate a problem, we should want to address the cause and not merely the symptoms.

Second, different practitioners practice cognitive behavioral therapy in different ways. It is not the same intervention across the board.

Finally, we must ask, how long should the relief last for the treatment to be considered effective? Two months? Six months? Two years? Six years? Who determines the answer to this question? Is it insurance companies, pharmaceutical companies, or someone else?

On the whole, psychotropic medications are best avoided in children. Their impact on developing brains, especially over the long term, is still incompletely understood.

The research tends to be biased in favor of the pharmaceutical companies, which profit when benefits are reported. Results are generally measured with a time horizon restricted to less than five years.

Given our lack of knowledge, medication should be considered only when behavioral interventions with the parents, the child, the school, and the family have been unsuccessful and when the child is performing unacceptably at home, at school, or in both places.

The crucial question for the parents and me as the consultant is whether the child’s behavior is under his control. If he wanted to change it, could he do so?

When the child is sad, angry, or rebellious and defiant, the answer is often yes. On the other hand, if the child is experiencing command hallucinations, seizures, or sporadic destructive rages, the answer may be no.

When the behavior is out of the child’s control and actively keeps the child from succeeding at important developmental tasks, medication is worth considering. Once it has been started, its efficacy and desirability should be reevaluated frequently.

Most child psychiatrists will tell parents to consult a psychotherapist before the referral is made for pharmacotherapy. After performing their own evaluation doctors will often make suggestions and recommendations, with a regimen to be decided upon at a second meeting, after the parents have had time to reflect.

When it comes to medication, adults are able to report on their own psychic well-being more fully than children can. The difference is important.

If the adult is suffering from a condition that impairs quality of life unacceptably and cannot be controlled through psychotherapy and lifestyle changes, medication is worth considering.

The individual adult being medicated must be on board with pharmacotherapy. People cannot generally be medicated against their will.

It sometimes happens that the targeted problem means one thing to the sufferer and another to the treating professional. For example, not everyone who has auditory hallucinations wants to get rid of them. When there is no risk of harm to the individual or others, the decision to medicate may become a judgment call.

I sometimes suggest medical evaluation to address depression and anxiety when the client feels despondent, overwhelmed, and lacking the energy to begin work on treatment goals.

It often takes more effort to start the ball rolling than to keep it rolling once it has started. A brief trial of an antidepressant can help in such cases.

In the main, at least given the present state of scientific knowledge, I approach the question of medication with a couple of basic assumptions.

First, depression, anxiety, and unhappiness are signs that our bodies do not like the way we are living. The answer for many people is not to medicate ourselves but to change our way of life.

Second, in a society that puts authority on a pedestal (often for the convenience of those who wield it), it’s essential to remember that you are the true expert on your body and your feelings.

No one else is in your head with you. No one else experiences your body as you do.

None of us should let outsiders, whose stake in our health and prosperity is necessarily smaller than our own, make us ignore our own wisdom.