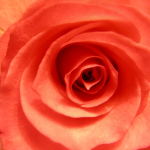 Many people come to see me in hopes that I can help them get rid of their anxiety. But as Irvin Yalom wrote in his wonderful book Existential Psychotherapy, anxiety comes with being human.

You can’t erase it. You can manage it. In fact we all do so—by finding ways to take control.

Contrary to popular opinion, there is nothing wrong with being controlling as long as we respect other people’s boundaries. Everyone always tries to make lemonade from lemons.

Still, our power has limits. We cannot control other people, and we have little ability to alter our environment.

So what do we control? We can decide what face we will present to the world. We can alter our thoughts. We can choose our actions, including how we express our feelings.

In my experience, everyone’s anxiety looks somewhat different (from the outside) and has its own intensity. Some people fidget or jiggle a foot. Others worry endlessly and look uptight. Some people chatter. Some fuss over minor details—where things are placed on the coffee table, where shoes and coats are parked, and so forth.  Some become irritated quickly or explode.

People’s occupations often tell you how they make peace with their anxiety. Accountants, writers, and artists like to arrange things. High-powered executives, bank officials, and real estate tycoons enjoy wheeling and dealing.

Lawyers, mathematicians, and research scientists look for laws that regulate the world. Some people feel best about themselves when they are managing others. In this category we have teachers, judges, the president of the United States, and—yes—psychotherapists.

That’s the macro level. The structure of daily life helps all of us moderate our anxiety. Think agendas, habits, public holidays, the school system, and the seasons of the year.

Most of us also know at least some ways to steer mentally clear of stress. We detach or distance, we minimize, we reframe. We may also calm ourselves with mindfulness, meditation and relaxation techniques, and creative pursuits. That’s the micro level.

For each of us anxiety is more of an issue at some points in life than at others. Young people, having as yet experienced fewer losses than their elders, often look relatively carefree. Of course young people who have suffered terrible blows early in life are likely to be exceptions. The death of a parent or a sibling, adoption, a major accident or illness, domestic violence, and natural disaster are examples.

Losses, by definition unavoidable and unpleasant, produce anxiety by reminding of us of our powerlessness in the face of life’s fundamental uncertainty. The ultimate unknown, death, lurks somewhere in a murky future. This feature of our existential landscape is the quintessential source of anxiety.

In case you are asking, “So what?” let me tell you what these observations mean to me as a therapist. If someone walks into my office having suffered extensive physical trauma, I will assume that this person is managing lots of anxiety. I will look to see how and how well.

When I see someone whose energies and achievements seem extraordinary, I will peer closely to decide whether this person experienced relatively little adversity early in life or is just extraordinarily resilient.

I often marvel at the obstacles that people have surmounted.

The way we imagine our place in the universe adds historical and cultural dimensions to the anxiety problem. Does the cosmos operate according to some design, with some moral compass? Here the concept of God or a supreme being enters the picture.  Faith can counteract anxiety.

In our time we set great store by science and rationality. Our view of the universe is tempered by our understanding of its operation, which we seek to determine objectively. Of course, since we are blind to our own ignorance, we inevitably know less than we think. Future generations will doubtless be amused by some of our assumptions as we are entertained by those of past eras.

The present emphasis on brainpower is at odds with the outlook of many peoples who preceded us in history. We do not believe that the gods mete out rewards, punishment, and good fortune. In the Western Hemisphere most of us dismiss the notion of fairy godmothers and doubt that our destiny is predetermined, unraveling before us like a rolling ball of yarn.

Vertical authority seemed the natural order of things. Some are born to lead, others, to follow, so it was thought.

As knowledge and technology advanced, however, ordinary people found themselves differently situated. Women gained the right to own property in the nineteenth century and, later, the right to vote. In the twentieth century there began to be rights for children, now viewed not simply as junior adults but as people with distinct needs relating to their developmental stage.

The civil rights movement has focused our attention on common humanity rather than race, ethnicity, sexual orientation, and gender identity as determining whether people are entitled to equal treatment. As the leveling proceeds, authority shifts gradually from vertical to horizontal.

It is no longer unthinkable to challenge the doctor’s advice or the lawyer’s or the professor’s. The bumper sticker reads, “Question authority.” You and I increasingly orchestrate our medical care and even our death. Paternalism is waning.

There is a peril inherent in this shift. Greater responsibility and power now fall on our individual shoulders. When vertical authority was the norm, we could trust, as children do, that the overlord parents would protect us all. As individuals become more nearly independent agents, we all live by our wits.  The very thought provokes anxiety.

To minimize our exposure to risk, it behooves us to operate less as lone rangers and more as people similarly situated. If we can band together in communities defined not just by geography but also by age, circumstance, and interest, we can help each other forward. Working collectively, we increase our ability to deal with our predicament.

To see how this might be so, imagine yourself throughout the day today as part of different, shifting communities. Think not just of your town and neighborhood. Look at the other commuters on the highway, the other shoppers in the grocery store, the other occupants of the waiting room, your coworkers. Each group, whether fleeting or permanent, gives us a precious chance to help one another.

How can we improve our willingness to support each other and collaborate? Even when the day’s events arouse anxiety or a threat of harm surfaces in our surroundings, there is strength in numbers if only we can find more ways to connect.