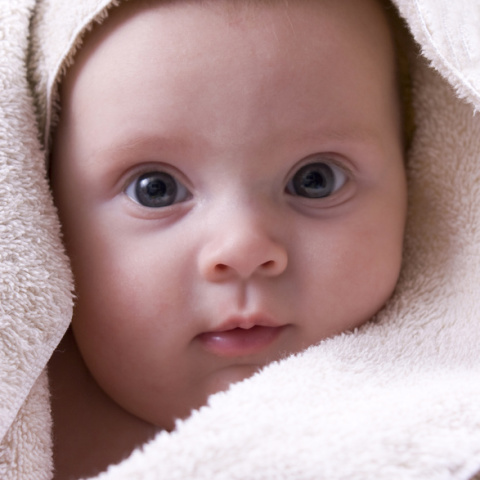 Children as medicine?  No, I do not mean “children and medicine.”  I am not talking about how to raise them, and I am certainly not suggesting that you bring a child into this world so that you can heal yourself in some way. I have in mind the natural effects children have on parents.

I have seen hundreds of parents, some during pregnancy, some after a stillbirth or abortion, some who lost a child in infancy, and some whose offspring suicided or died from illness before reaching adulthood. I have drawn a few conclusions from my observations.

Children at least initially are beings appointed to fulfill parental expectations. Parents see the newborn as an extension of themselves. “He has your nose. Look! It’s my grandmother’s mouth!” They view him or her as a mysterious blend of themselves. What will happen if you and I have a child together? Let’s find out!

On a grander scale, offspring are often summoned to meet a parent’s basic needs. A lonely, isolated woman who was orphaned as a child may think a baby will give her longed-for love. A man eagerly anticipates the game of catch with his boy that he never had with his own father.

Parents sometimes think they can not only protect but also mold their child, providing opportunities they themselves never had. Even more important, they can keep the kid from making the same mistakes they made.

Offspring represent an opportunity to live on after death. During time shared on this earth they can give parents a kind of second shot at childhood and at life.

All of the parents I have ever met share one misconception. They all envision themselves raising a child who reaches the age of eighteen, or perhaps twenty-one. At this point he or she somehow graduates, emerging from the chrysalis of family life and taking wing, magically launched into adulthood.

I wonder whether parents would choose to conceive if they knew that for the rest of their lives they would respond to their offspring’s problems with a desperate, knee-jerk need to protect, rescue, or fix. Parenthood is a form of slavery.

Children impact parents perhaps first in spawning illusions or delusions about parenthood. But parenthood is also a profoundly mind-altering experience, a kind of biology-based LSD, and this is the aspect I invite you to consider.

For starters you should watch the spectacular short video published by the School of Life in London on what we learn from babies. Infancy—but watch the video, you will be glad you did—reduces the human condition to its essentials. As the trimmings and complications are added in later years, we do well to remember the first responses out of the womb.

Children by their demands force adults to grapple with the question of what is important in life. The youngsters’ behavior can’t be ignored, and consequences flow from the parents’ response. This is true whether we are talking about the nonstop crying of the newborn or the teenager’s defiance of his disciplinarian dad.

The dialogue between parent and child often does not become explicit. Neither party may know the script in advance. The parent probably does not consciously choose a response from various options. The boy does not consider how he came to feel as he does or possible behavioral alternatives (enter the child therapist!).

Often what the parent does reflects what was done to him or her in childhood. We all internalize the early messages we get about ourselves. We synthesize them to form an idea of who we are and how others perceive us. We embellish this basic idea as we go through life. Our children can make us see the early messages but in a new light.

If we think poorly of ourselves, our offspring may start life at a terrible disadvantage, as in the case of the father who belittled his son at every developmental stage because he felt inadequate in his own dad’s eyes. The dad will stumble into a new awareness of his own discontents thanks to his son.

Children also teach us how we saw our own parents. If we felt neglected, we may resist the incessant demands for attention and feedback, almost as if we were thinking, “I didn’t get this benefit. Why should you?” If we were constantly criticized for our opinions and values, we may become defensive.

We may browbeat our kids so that they grow up believing that it is important always to be right, never to be wrong. We may find ourselves depriving our children of chances to learn from their own blunders. Our kids may become afraid of making mistakes or of acknowledging them.

Children highlight for us what we learned about the world when we were young. “People don’t want to know what you are feeling,” admonished one dad. “They just want to know that you are behaving rationally.” This father may then watch as his children struggle with their discomfort at connecting with others.

Kids force us to revisit our values. What does it mean to succeed or fail? Our own lives, conducted at a remove of several decades, run in counterpoint to those of our offspring. Success may mean one thing in adolescence, another in one’s twenties or thirties, and something far different to an adult of sixty or more. Our children remind us of the need to accept our differently aged selves.

Which losses are important and which are forgettable? The willingness to take risks, for example to get ahead, tells us how successfully we have dealt with past losses. Will another one lay us low, or is it not such a big deal? In reassuring our children, can we also reassure ourselves?

Because children learn from watching the adults who are important to them, they force us to notice how we handle anger and anxiety. “The apple never falls far from the tree,” as the saying goes. The mother who meddles incessantly in everyone else’s life may well have a daughter who follows suit. We see ourselves in the mirror of our children. Control offsets anxiety.

And yet the children are truly independent of us. They move minute by minute farther out of our control from the moment of birth. We can watch with trepidation as they experience life’s adversity, but, increasingly as they grow, children must decide for themselves how they will handle it and how they will feel about themselves as the heroes of their own story.

The burden for parents, then, throughout their children’s lifetime, is to stand back unless life and limb are threatened, to manage their own anxiety wherever possible instead of interfering with the child’s developing powers of judgment. While our kids are hardly tranquillizers, they bring us face to face with our own worries and ask us to soothe ourselves as best we can.

We are all born with the same kit of feelings, both positive and negative. By communicating them to each other, we acknowledge our common humanity. When we accept responsibility for our words and actions, we free ourselves to watch and listen to others. Surely this is one of the most important lessons we can both teach and learn from our children.