Do You Know How to Get Close to Someone? 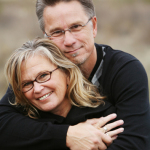 How can people connect more easily with each other, casually or when they are looking for love? Are there magic tricks that help transform strangers into friends and friends into lovers and partners? Recent research offers some clues.

Companies often use a simple trick to get people together. During workshops they ask workers who do not know each other to perform a shared task. Several strangers might have to solve a problem as a team.

In a high-pressure industry, a department might go into the woods to do a ropes course or survive a wilderness challenge. The rationale? Such exercises make people take risks and support each other.

Some years ago I heard that the Girl Scouts were into boat building, one boat per troop, as a way of improving the girls’ relationships and their ability to cooperate. Now there’s a new wrinkle, however.

A recent study asked people, alone or in pairs, to plunge one arm into icy cold water. People who did so in the presence of a stranger reported less discomfort than those who did so when a friend was with them.

The researching psychologists reasoned that we all readily “feel the pain” of others when they are people we know and care about. It’s much harder to empathize with a stranger.  We don’t know what to expect from strangers, and so we feel less comfortable around them.

It seems that once you get to know someone, you are better able to put yourself in their shoes. Interestingly, the transition from stranger to friend can take as little as fifteen minutes. Or at least the psychologists thought fifteen minutes made a big difference.

Just think: if people were able to put themselves in the shoes of others who had different religious faiths, races or ethnicities, gender identities, or sexual orientations (just a few possibilities), how much suffering could be avoided worldwide!

Empathy is a desirable trait as it helps keep people safe both individually and in communities. People who cannot imagine feeling how someone else feels are a menace to society.

They act without regard for possible injuries to others. After the fact they feel no remorse. They just don’t care.

Some people who lack empathy may have distanced themselves mentally from past trauma they suffered that is too painful to remember. A few people seem inherently unable to feel empathy from a very early age.

Their brains may look different from those of most of us and may keep them from feeling the warmth of human closeness.

One recent study, particularly intriguing, discovered that people in pairs can become close in as little as forty-five minutes when they ask each other increasingly personal questions (thirty-six in all). Strangers who shared responses to such questions became friends. You can read the questions and learn about the study here.

What possible clues do these studies offer for enhancing friendship and relationships generally?

You may be more likely to connect with someone if you work with them on a project. Try volunteering your services, joining a study group, or working for a local cause. You will form more of a bond with the people you meet there than you would with people you met at a party.

If you want to heal a rift with someone, pitch in with labor that will benefit them. You could offer to fix something for them, run an errand, clear snow from a sidewalk, contribute to a pet cause, or reach out after they have suffered a loss or an illness.

People need to develop trust in each other before they are comfortable sharing personal information. When you disclose something really personal, you are sending the message that you find the other person trustworthy.

To deepen a friendship, speak about a personal matter. If the other person responds appropriately and in kind, your invitation to friendship may well have been accepted.

To establish trust, demonstrate your ability to remember the other person’s preferences and to observe any limits he or she sets. Once you show that you act predictably and responsibly, the other person is likely to feel more comfortable sharing sensitive information.

If you want to distance someone politely, steer conversations away from private matters. Also notice how other people communicate about their circumstances, their personal history, and their feelings.

People who are consistently reluctant to share personal information with anyone outside their families are probably not comfortable with closeness. Having been hurt in the past, they shy away from feelings of vulnerability.

Such people prefer to remain in control of social interactions. To preclude further injury, they retreat behind a veneer of polite conversation.

People who do things together have a sense of group identity. Songs are a good example.

When congregations sing hymns they reinforce ties to the church and the faith. Anthems remind us of shared patriotism. Community organizers use songs to rally people during protests.

Group ties can be a powerful way of connecting people within communities.

People who avoid joining in group activities may feel like outcasts.  Alienated people often act superior and seem to be judging others. They are often trying to shore up a poor opinion of themselves. Usually experiences early in life are to blame.

People who avoid groups altogether are apt to be intensely lonely individuals who feel cut off socially or downright invisible. If you can draw them into a group and engage them, they will often become devoted participants who contribute regularly.

A sense of belonging somewhere is an important component of mental health for us all. Taken to an extreme, loneliness and a lack of connection to others can shorten lives and may make people psychotic.

You can design activities to reinforce ties among friends and family. Outings can help bring children and adults closer to one another. Invite people to sing songs in the car, tell stories around the dinner table, ask a relative to remember some family lore, and celebrate milestones such as weddings and graduations. Such occasions are easy to memorialize as identity-building events.

Sociologists have found that towns and neighborhoods in which people gather frequently to share news and concerns are healthier places, with fewer serious and chronic illnesses, than places where neighbors live largely without speaking to each other.

We all need human connection. In our time, the problem is how we can increase opportunities to connect with each despite our national obsession with independence and self-reliance and despite our collective sense, fed by the news media, that perils threaten us whichever way we turn.