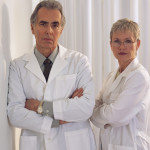 The professional hierarchy, at least in America, places physicians at the top and lawyers in the middle while everyone else jockeys for position somewhere below. You might dispute your lawyer’s advice, but if you lived during the last two centuries, you probably didn’t challenge your physician’s recommendations very often.

Your faith in your doctor had sound underpinnings: antibiotics and vaccinations against measles and polio—just two examples— worked miracles in modern society. But since the mid-twentieth century a number of developments have undermined popular faith in the medical profession.

The belief that science will uncover a durable, immutable truth about everything has taken a hit in the eyes of the general public (true scientists never subscribed). Technological advances have given ordinary people broader access to scientific knowledge, enabling them to question authority. The HIV/AIDS epidemic in the 1980s created a cohort of activists who informed themselves regarding the latest research and were often able to update their physicians on new treatments.

A few practitioners wrote books for lay readers designed to help them advocate for themselves and participate in decisions about their care, volumes like Doctor, Your Patient Will See You Now and How Doctors Think.

There is emerging a view of physicians as consultants duty bound to honor a patient’s priorities. It finds eloquent expression in Atul Gawande’s Being Mortal (New York: Henry Holt, 2014). Gawande, a distinguished doctor, writer, and educator, urges practitioners to initiate a dialogue with their end-of-life patients. The goal should be not to prolong life at all costs but to make each person’s last moments as good as they can be.

In Gawande’s best case scenario, the physician does not simply lay out options and wait for the patient to choose but actively seeks to grasp the patient’s preferences and to clarify the options in relation to them.

In our time the cause of doctor-patient communication has been advanced by advocates of “death with dignity” and also by the need to address the crisis in rising health care costs. Very sick people may rank palliative care over painful and invasive procedures, giving greatest priority to comfort and quality of life. When they do, many dollars can be saved. Here, then, is a viable alternative to medical rationing.

But policymakers concerned about abuse of a right to death have resisted the growing focus on palliative care. So have some members of the medical profession who view themselves as healers charged with extending life no matter what. For them, to send someone to hospice is to admit defeat.

These professionals, quintessential fixers, are uncomfortable easing someone’s demise. They do not want to be seen as midwives to death. Gawande writes that they fear “doing too little” more than doing too much even when the results could be “no less devastating to a person’s life” (p. 220). But whose body is it, anyway?

Commercial interests in medicine, the for-profit insurance community, and the pharmaceutical industry (and others) have battled the empowerment of consumers while enshrining doctors as the gatekeepers to medications and to health itself. The envelopes I get from one insurer bear the words “Stay healthy. Get your annual checkup,” as if our well-being were determined by our doctors rather than by our living habits.

The latest thing is television commercials cautioning that if you discontinue a medication—as you presumably might if your insurer is rationing physician visits—you run the risk of serious illness, even death. Such advertising is terror tactics indeed.

Thank goodness for the new concern with consumers’ wishes. Here is another step away from vertical authority and toward horizontal authority, acknowledgment that no one—and no one group of people—has the right to tell others how to live. Everyone has a somewhat different perspective and different values.

I also believe, however, that individuals not at the end of their lives deserve to be more fully heard. How much better the health care system could work for us all if doctors improved their communication skills and were more willing to partner with the occupants of the bodies they treat!

Below is my wish list of changes for practicing physicians. What can you add from your own experience or that of people you care about?

Managed care worsens the communication problems. It burdens physicians with red tape: justification, authorization, documentation. Reductions in reimbursement shorten the time doctors can afford to spend with each patient.

The fragmentation of medical care sends sick people into orbit around specialists. It’s as if limbs and organs existed apart from the whole person. Endless tests and assessments delay treatment. The effect on the patient is depersonalizing. Some of us yearn for a return to the day when the family doctor cared for several successive generations.

Today’s primary care physician, presumably an internist or someone in family practice, surfs stacks of paperwork and struggles to follow any given patient. Time constraints and financial demands have operated to round up solo practitioners into clinics, many of which affiliate with hospitals.

The result is more regular working hours for the docs and improved reimbursement for any clinics that can now bill as branches of the hospital. This arrangement imparts a more institutional, less responsive and less personal flavor to medical care, however.

When doctors and patients actually meet live and in person, electronic record keeping inserts a computer monitor between them, further compromising their interaction. The human relationship, surely a key part of healing, becomes ever more tenuous.

Perhaps I spend more time thinking about these things than you do. As a social worker, I stand daily on the sidelines as the game plays out. Every week I watch people I care about—family and friends as well as clients—wend their way through the medical bureaucracy.  All too many do so at fearful cost in terms of expense, suffering, and quality of life.

As a social worker I am far down the professional hierarchy, and my voice counts for little. Still, I can’t help thinking that things would improve immeasurably if we providers could all listen more closely to our patients and give them the help they ask for rather than merely that which we think they need.