The Hidden Relationship Builder We All Need 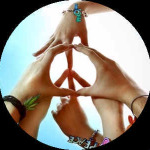 Apologies are a sticky wicket for many of us. We often disown responsibility when other people’s feelings are hurt. But apologies have an amazing power to restore relationships and strengthen social ties.

Most of us would rather not be wrong. It feels ever so much more comfortable when other people acknowledge that we are right!  When we are wrong, we face disapproval and maybe public condemnation. If we don’t actually lose face, we suffer in our own eyes. We have betrayed values, either our own or ones associated with our tribe.

When we are right, on the other hand, we can feel affirmed, even validated, by our peers. Such support helps us to feel less alone in the world, aloneness being a basic predicament in which we all find ourselves and against which we defend by surrounding ourselves with property, children, employees, and assets generally.

Society has historically used various stock responses for dealing with offenders. We have exacted revenge through battle or by legally sanctioned punishment. Sometimes we kill the bad guys. Alternatively, we fill prisons with them.

In recent decades, the cost of warehousing criminals, effectively discarding human beings, has brought a public outcry. Much important rehabilitation work is being done by the restorative justice movement.

Battles, in court or elsewhere, entail defeat for someone. Twentieth-century insights into human nature suggest that win/win solutions to problems are more durable than win/lose solutions.

If so, the best outcome in a dispute is a situation that compensates the victim and forgives the offender. The victim can then put the injury in the past, and the offender can move forward to regain lost standing in society.

Once the victim has been compensated, the offender can feel that a moral debt has been discharged. Forgiveness lets the victim stop carrying the burden of anger and recrimination.

In short, a good apology makes it possible for the parties to repair their relationship rather than cutting it off. You could describe the process as a form of recycling.

If this scenario seems a little weird in the context of nations and public officials, think about a sibling or your significant other.

Would you want it all to be over between you the moment one of you got hurt? Presumably not. The ties that bind you to each other are pretty important. It would be far better to work things out so that the same problem never happened again.

As a secondary and perhaps unexpected benefit, you would probably notice that the two of you felt closer once the conflict was resolved than you did before your falling out. That’s because the two of you have just affirmed your common values (your commitment to the relationship).

So where does the process go astray?

First, there must be a preliminary agreement about the specific wrong done. Many apologies founder because the parties disagree.

Often the people concerned see things differently. None of us wants to regard someone else’s point of view as more valid than our own. Often, too, we are afraid of looking foolish. We want to avoid feeling guilt and shame. It can help to recognize that different viewpoints are possible.

Second, the apology must be heartfelt and sincere. Sometimes an explanation is needed.

Since the offender presumably felt righteous in the moment, admitting wrongdoing means that he or she must be able to stand in the victim’s shoes to see how the offense appeared to someone else. Empathy is likely to be key. Also, the offense must be understood as impacting not just a faceless institution but specific individuals.

Conferencing circles, a staple of the restorative justice movement, promote empathy by seating the offender at the table with the victim and others affected so that the wrongdoer can hear how the actions in question harmed everyone. In this way the offense is made personal.

Imagining how the victim(s) might have felt, the offender can then express remorse. The victim must decide how sincere the apology seems. It’s not enough to mumble an “I’m sorry” that is quickly forgotten. Similarly unsatisfactory are phrases like “I apologize for whatever I did” or “I’m sorry if you took offense at what I said.”

There must be a promise not to do the same thing again in the future, evidence that the offender is committed to upholding the values we all share. “When those who have offended us refuse to acknowledge their behaviors as unacceptable,” Lazare writes, “we may feel we can no longer count on [their] trustworthiness, predictability, and support.”

There must also be an offer to repair the damage: “How can I make it up to you?” This compensation piece may be troublesome. We may not want to own a mistake if doing so means we will owe someone something. This may be so even if paying up would eventually bring us some relief.

When amends are made, a power shift occurs. The victim, with renewed self-respect and dignity, can forgive and let go of the grievance. The offender is cleansed.

When all is said and done, you and your loved one go back to enjoying each other’s company.  Criminal offenders gain a way of reentering society as productive members. But apologies are clearly important in more contexts than just love relationships and criminal wrongdoing.

Since everyone makes mistakes, we all need to be able to accept them, make necessary changes, and move forward in our relationships with each other. Adults need to be able to mine errors for the learning opportunities that they present.

For the same reasons, it’s essential that we teach our children from an early age how to say they are sorry. We adults, by definition role models for the younger generation, should all welcome the chance to apologize to kids.

Children who can know how to apologize are better able to build meaningful personal relationships. They can accept their mistakes and those of others, and they understand the importance of forgiveness.