How Much Do You Know About Dealing with Grudges and Cutoffs? 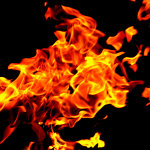 Some forms of interpersonal conflict cause so much pain and suffering that they demand special attention as problems in communication. These include cutoffs and deeply entrenched bad feelings, both of which can persist for years. At the heart of these difficult issues, of course, is a grudge.

Grudges depend for their existence on a particular interpretation of an event to which the person holding the grudge is wedded. There’s no question here of openness to someone else’s point of view on the issue. Forgiveness is also not possible, since at least one person is unwilling to let the matter go.

Sometimes the grudge allows the sufferer to project feelings and beliefs that he or she refuses to acknowledge having or even to accept as human. We find fault with others for exhibiting traits that we reject in ourselves.

Cutoffs allow people to avoid intense emotional encounters and the people associated with them. Seen in this light, grudges let people protect themselves from anger and strong feelings generally.

Someone who grew up in a household with a substance abuser or an otherwise unstable adult given to nasty verbal abuse or frightening rages might conclude that anger is generally intolerable, even dangerous. Some people have never seen anger expressed in healthy, appropriate ways.

Unlike limits that two people negotiate after discussion, grudges and cutoffs represent rigid unilateral stances. They tend to be particularly painful because the victims cannot make their voices heard and are powerless to effect a reconciliation. The result can feel like a stalemate.

The only way to break through a communications impasse of this sort is to acknowledge and accept the feelings of the person holding the grudge. See whether you can find a way to reach for information about this person’s point of view.

Ideally you want to listen, ask questions for fuller understanding, and express regret at the distress the unpleasant situation has caused. This task may be difficult or impossible if the two of you cannot meet. Any encounter that isn’t live and in person leaves out important parts of both people.

An alternative when distance is involved and the two parties aren’t on speaking terms is a note. Rather than address the problem directly, however, the note (or voicemail if you prefer) should ideally speak to the emotional pain caused by the rupture.

You could say how much you miss the other person and how much the relationship has meant to you. You could mention positive memories and express a desire to have more good times in the future. This focus on overarching feelings transcends the circumstances of the dispute about which the two of you disagree.

What you don’t want to do is write a long letter explaining and justifying your viewpoint, even if it includes an apology. Letters and emails and texts are static, unresponsive. Their message doesn’t change if the reader talks back to them. They are likely to make matters worse.

If you can interact with the other person, you have several options. First, rather than talk about the problem between you, you can behave just as you would if the problem had not occurred.  In short, act normal.

Second, you can suggest discussing how to improve things between the two of you going forward, so that the focus is on the future and not the past.

Third, if it seems essential to process the issue, propose a talk face to face so that dialogue is possible rather than just competing monologues.

If the two of you get together, your best chance of success is to listen quietly to the other person’s account, asking questions for full understanding, before stating your own point of view. Granted, it may be difficult to remain largely silent, since the words you are hearing are likely to provoke strong emotions and anxiety in you.

Make sure you take responsibility for everything you said and did.  Do not feel obliged to accept the other person’s possibly mistaken assumptions about your intentions. By the same token, avoid claiming to know what the other person meant by what he or she said or did.

Ideally you will focus on the feelings that the incident brought up in you. You can also suggest ways of moving forward, past the trouble.

Most of us can recall family blowouts that occurred years ago. We tend to remember the heated emotions and the ill-considered behaviors, but all too often we have forgotten exactly what precipitated the crisis.

Second, your perspective on yourself differs from that of others. You “see” yourself from the inside, without knowing how your face and body language appear from the outside.

This problem worsens because you are always with yourself and naturally feel like the expert on your own character and actions. Someone who sees you only occasionally or briefly, even a family member, may have an impression of you that differs significantly from your own.

Also, when you are stressed and upset, you may view your emotions as fleeting, not as part of your essential self. Your listener(s), on the other hand, may feel otherwise. They may see your behavior in the moment as central to your identity.

Then, too, the act of remembering isn’t like taking a document out of a file and replacing it later. Each time we revisit a past event, the new take somewhat modifies the preceding version and supersedes it in memory. As a result different people’s accounts can come to diverge more and more widely over time.

Like other problems in human relations, grudges and cutoffs need to be viewed as they appear not just to the participants but also to outsiders, especially children. In our shrinking twenty-first-century world it is increasingly impractical to outlaw some members of society. There are more reasons now than ever before to practice tolerance and make peace.

If you feel that you must cut off friends or family members, make sure other people know why you have decided to do so.  What seems obvious to you may not be equally obvious to everyone else.  Also remember that your children are watching you for lessons in how to deal with conflict.

No one has the last word on what happened between any two people. The truth is always viewpoint contingent. In any case, the underlying feelings are all that matter, since they drive perceptions of truth.  As the world grows smaller, it is imperative that we learn how to tell each other about our feelings and our needs. We must somehow accommodate everyone, recognizing that we are all human.