How to Be a Stepparent 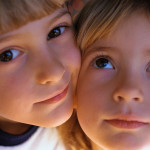 I’ve been a stepparent, and I’ve had a stepparent. If this history doesn’t make me sound like an expert, let me say that as a psychotherapist I’ve listened to dozens of stepparents, their spouses, and their stepchildren. Stepparents have a tough job, but a few principles can make it doable and can help keep the peace.

In defining the stepparent’s place in the family, it is important to bear in mind the perspective of the children. Usually the situation that brought the stepparent on the scene was one that was not to the children’s liking: a divorce or the death of a biological parent. This event effectively destroyed the children’s world, namely the original nuclear family. Once the two biological parents have gone their separate ways and have perhaps chosen new partners, the children feel more precariously situated. They may think they no longer belong anywhere.

Let’s consider the childless stepmother and childless stepfather in turn. The problems they confront are similar overall but may exhibit some gender-related differences.

The formerly childless stepmother is in a dicey position where her spouse and the children are concerned. Newly recruited for the job, she is often eager to dazzle her husband with her mothering skills. She plans to feed and clothe the children, to teach them manners, to make sure their homework is done, and to deal with school and doctors. Her new husband will be proud of her!

The formerly childless stepfather often casts himself in the role of head of the new household. As such, he feels that he should set the family rules, determine how children are disciplined, and generally be regarded as head honcho. The children may bridle, as in the situation involving a stepmother described above, or they may attempt to please him. If he is very demanding or hard to please, he may be a source of misery for the kids: no matter what they do, their efforts seem never to suit him.

If his views of parenting differ from those of the children’s mother, the stage is set for tensions between the adults that will play out on the children. The mother will feel pulled between the two camps. In addition, she may resent the well-intentioned efforts of her spouse, who does not realize that a mother must stay true to her own sense of duty to her children because she, and not he, is responsible for them. She cannot in good conscience simply defer to his judgment, because, as the biological parent, she needs to feel that she acted in accordance with her own values.

If the stepparent and the children’s biological parent get together to produce children of their own, these children are likely to occupy a privileged place in the family. Unlike the other children, the new children have an intact nuclear family. Consequently they have a sense of belonging somewhere that the stepchildren lost when their biological parents separated.

If there are tensions between the adults in the blended family, these tensions are likely to play out on the stepchildren rather than the biological children. The stepchildren may unwittingly illuminate differences in the adults’ views of family and parenting. These kids will then supply an arena in which the grownups can conduct their power struggle, which often masks communication and other relationship problems between them. Any behavioral issues or trouble at school that the stepchildren have will add fuel to the conflict.

How can these difficulties and related problems be avoided? I recommend the following principles for stepparents. To follow them, formerly childless stepparents must accept that they can parent children who are not their own only if the children, as well as the biological parent on hand, truly want them to. If the children do not want a new parent, the stepparent’s efforts to become one will probably make everyone unhappy.