How to Find the Work You Were Always Meant to Do 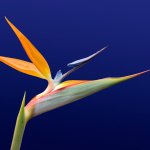 People who are struggling to choose a career or decide whether to leave bad jobs often ask me how I became a social worker and a therapist. Although my journey was unique in many respects, I think the searching process I went through is much the same for everyone.

Some people know at an early age what they want to do. Others take a trial-and-error approach. Many people reinvent themselves professionally again and again throughout their lives.

As a kid I assumed that people roll off the assembly line finished at age twenty-one. This idea seems laughable to me now. From my own life and the stories I hear, I have concluded that we are all always growing. At sixty-six I still believe that each life stage is a prelude to the next.

In my early years I considered many different lines of work. I thought of being a university professor of comparative literature. Before that I wanted to be an artist or a novelist. At another point I thought of learning Chinese and working as an interpreter. In the end I tried none of these pursuits.

Instead, like many people before me, I followed a parent’s lead. After I finished college, I entered book publishing. My first two jobs were in marketing. I really wanted to edit books, though, and that’s what I wound up doing.

Editing is lonely work. The editor sits in silence with someone else’s written words. Since all books are different, you learn about many things. But editing involves little human warmth and little interpersonal give and take. By the time I reached forty I felt lonely, isolated, and ready for a change.

At the time I was living in rural Storrs, Connecticut, and freelance editing for scholarly publishers. I didn’t know many people. I was hungry for a greater sense of connection. I had no clue what to do next with myself. I set out on a journey to find the answer.

At first, casting about for direction, I simply looked for new territory. I went to the town library and wandered through the stacks, watching the spines of books shade from one subject into another.

I leafed through the Gale Directory of Associations and the Department of Labor’s Occupational Outlook, hoping to read about work that would excite me. I kept thinking that if I cast my net widely enough, I would find inspiration.

I scoured the local paper for interesting events. I investigated local groups and found some political activists to join. On Sundays I attended different churches, hoping to meet new people.

One Sunday, in the company of Lorraine, a friend, I went to the local Unitarian church. Bruce and Hanna Clements were speaking about the soup kitchen at St. Paul’s Church in Willimantic. They talked about its operation and the people it served.

At the end of their talk, the Clementses urged the Unitarians to come for lunch and slip a five dollar bill to the steward. I was intrigued. The soup kitchen sounded to me like a different world, a (to me) foreign country.

I repeatedly invited Lorraine to join me in visiting, but somehow she never wanted to. One day around noon, realizing that I was afraid of going alone to this strange new place, I lost patience with myself.

“Just do it!” I said out loud. On that cold January day I drove into Willimantic, parked at the curb, and went down the concrete steps into the church basement.

Beyond the steel doors, I saw a huge room with a linoleum floor and long metal tables arranged in rows. People were wandering about, chatting, mostly dressed in jeans and T shirts. The air felt cozily warm and inviting.

I could hear the clang of pots and pans. The aroma of frying chicken drifted in from the kitchen, visible through swinging doors. On a table against one wall stood steel coffee urns alongside trays of day-old doughnuts.

In the kitchen people from another church were talking and laughing as they chopped vegetables. The workers were mostly older women. The chef in charge, a man, had a sheath on his belt for his personal knife.

Everyone in the soup kitchen had a story. Everyone listened and had something to share. Of course there was poverty, homelessness, drug addiction, and a lot of hardship, but there was also a sense of community: “We are all in this together.”

And there was some very good food. In particular I remember a late summer meal of fresh bluefish brought in by the fisherman, smeared with homemade mayonnaise and broiled.

The soup kitchen had several different constituencies. First were the guests, as they were always called. Then there were the volunteers who cooked and served, mainly older churchgoers.

From time to time clergy appeared from St. Paul’s upstairs. Social service workers came daily from different town agencies, trying to connect the guests with resources that would lift them out of poverty.

The soup kitchen absorbed me instantly and totally. I found it the only place I had ever been where it didn’t matter what you wore, what you did for a living, how much money you had in the bank, or what sort of car you had parked at the curb outside.

The only thing that seemed important in the soup kitchen was how you interacted with the people around you. My soul was somehow profoundly stirred. I had what felt like an abrupt awakening, an epiphany. My life changed radically that day.

Over time I became a soup kitchen regular. I was placed in charge of the Sunday bag lunch program. I sat on the board of the governing body, the Isaiah 58 Ministry. Eventually I applied for a job as head of a new transitional housing program launched by the ministry to help unemployed single mothers.

I drove all over New England to learn about other, similar facilities. I didn’t get the job, lacking either a social work degree or relevant experience, but the effort left me psyched to enter the School of Social Work.

By this time I was in law school, something my father had persuaded me to do. I couldn’t imagine being a lawyer, but I liked the thought of social work. In the end I got two degrees, one in law and one in social work.

What interested me about doing therapy was not the prospect of helping others (I truly believe that people help themselves) but the chance to hear other people’s stories. This opportunity seemed to me the closest I could come to being reborn as someone else.

I got my MSW in 1995 and went to work in hospitals, clinics, and agencies as new social workers must to qualify for licensure, which I eventually did in January 1999. Then I was free to start a private practice.

As I look back, the main thing I notice was how I made the decision to become a social worker. For the first time in my life I ignored the advice of friends and relatives. Nor did I try simply to analyze my way into a new career path.

What I did, and what I now urge my clients to do, was to expose myself systematically to as many new stimuli and ways of looking at things as possible. Self-discovery is always a journey, but I figured that if I let my intuition guide me, I would eventually find what I wanted.

This intuitive method could succeed, of course, only if I knew myself and paid attention to my feelings. What I needed, I knew, was work that would help make the world a better place and would also be a good fit for me.

I would immerse myself totally in this new work. Doing it, I would forget who I was, where I was, and what time it was. The work that was meant for me would arouse my passion.

I expected to recognize the right opportunity when it arrived. When I walked into the Covenant Soup Kitchen, I knew immediately that I had found my niche, at least for this moment in my life.

Nowadays, in my work as a therapist, I try to help people on the same journey. I want them to connect with themselves as I had to in order to become a social worker.