How to Have a Great Sex Life 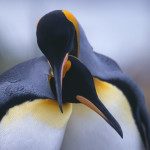 You can set the stage for romance in bed and elsewhere by following a few simple rules.

Some people think of sex simply as something to have or do. It’s easy to see how this mindset invites trouble. If the other person isn’t in the mood most of the time, and she’s your partner, things get bad.

Whether she’s your wife or your longtime girlfriend, you may wind up feeling short-changed. After all, it’s a woman’s duty to oblige her man at least once in a while, right? By the same token, a woman whose lover never seems to want her may wind up feeling undesirable, rejected, hurt, and . . . angry.

Back in the nineteenth century, there might have been general agreement about the proper point of view. In those days stereotypical sex was often slam, bam, thank you, ma’am, as the saying goes.

But in the twenty-first century many American women don’t see intimate relations as their great-grandmothers and great-grandfathers did.

Nowadays women speak up more in public and in private than their forebears did, and relations between the sexes seem to be more complex no matter how you look at them.

In our time, sexual intimacy needs to be seen as the ultimate form of communication.

This may sound strange to you. After all, if sex is communication, what’s the message? Or, if there is one, isn’t it always the same one—“I love you!”—about caring and attraction?

Not exactly. When two people go to bed together, things are reduced to essentials. Naked, you are both totally vulnerable. In this situation you absolutely must be able to express all sorts of messages, verbal and nonverbal.

You must tell each other what you like and don’t like, what you want and don’t want. You must teach each other how to give you pleasure.  In this sense, it’s all about respect.

It sounds very straightforward, doesn’t it?

The problem is that many people don’t see sex, or even communication of other sorts, in this light. For some people, it’s all about doing, and it’s not important to talk or to listen.

Communication snafus result. She may be uncomfortable telling him what she wants—which movie, which restaurant, or even whether she wants to go out this Friday night.

Perhaps she thinks his preferences are more important than hers—or that it would be selfish to voice hers. Or she thinks that her preferences will look silly or stupid, to him or to . . . anyone. For these reasons or others, she does not speak her mind.

You can see how this scenario would translate into hard times between the sheets. If he genuinely wants to please her, what should he do? She will offer few clues and little feedback, leaving him to guess.

Frustrated, he may well decide simply to please himself until she opens up more.

Alternatively, he doesn’t focus on pleasing her. He doesn’t ask. He has in mind his own preferences, in the bedroom and beyond it, and when he has satisfied them, he’s done. Sex is a black-and-white matter, according to him, a physical act and not a dialogue.

In this case the onus is on her. Can she speak up and ask him to proceed differently? Or will she give up, concluding that he really doesn’t care about her feelings, and it’s easier just to lie still and wait for the show to be over?  A woman who thinks this way usually feels angry.

In either scenario, if there’s no feedback, the sexual experience falls short. Over time it can seem mechanized, a form of drudgery.  Who needs this?

As you can readily see, for real sexual pleasure, communication is essential, especially since affection can be conveyed in so many different ways. When two people explore this territory together, their knowledge of each other becomes fuller and deeper.

But you need to start out with knowledge that has been acquired more casually.

Ideally you both develop your relationship to cover a lot of ground before sex enters the picture. Acceptance and trust are prerequisites, as is the ability to listen.

Before you go into the bedroom, ideally, both of you feel accepted, faults and all. You are confident that there will be no insults, accusations, or judgments.

When something is amiss between you, either one of you will quickly move to fix it. You will jointly handle the differences between you.

You check in with each other and agree before you make a joint venture into new territory. You trust each other not to inflict pain, at least not intentionally, and to pay attention when the other person asks that something be done differently. The asking may be done in words or in some other way.

You each heed the other’s wishes, and you ask for clarification as needed.

Sex is not a Nascar race, after all. The point is not to be first at the finish line but to enjoy the ride. As with a dance invitation, either party can make the offer. Once it has been made, the other person can accept or decline. No two people can dance unless both of them want to.

As this description I hope makes clear, you want to develop some basic communication skills before the parties advance upon the bedroom. Each person needs to establish a track record in other settings.

Ideally both people have shown themselves to be good listeners. Both are willing to be flexible, able to honor promises, prepared to be honest, determined to follow through on commitments, able to express feelings, willing to set limits and heed those of a partner, and genuinely concerned to understand and honor the other person’s expressed wants.

At whatever stage your romantic relationship may be, you can lay the groundwork for great sex by talking and listening as you text and talk, go out on dates, complete projects together, travel to new places, meet each other’s family and friends, and resolve conflicts and misunderstandings between you.