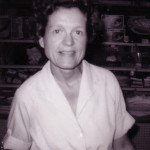 When I was about ten years old, my mother bought me piano lessons. It was the mid-1950s, and we were living in Washington, D.C., in those days still a sleepy town. My mother would drop me off at the teacher’s ranch house in Chevy Chase. Helen Jenks was a lonely divorcee in her fifties with a passion for Florence. Giant rhododendrons stood in front of the living room picture window that bathed her black Steinway baby grand in sunlight.

For sight reading Helen used tunes from Brigadoon, Oklahoma! and Carousel. I got Schubert, Chopin, and Beethoven for homework. She always had her pupils play at recitals. We all struggled with performance anxiety, though I think none of us kids entertained illusions about our talents.

I was supposedly the youngest of Helen’s students ever to play Beethoven’s “Moonlight Sonata,” a piece I still love. I sat stiffly erect on the piano bench as I self-consciously fingered the hypnotic bass.

These memories, crystallized by the passage of time, surge to the fore when I sit in the Shed at Tanglewood, watching Yo-Yo Ma play the cello. It is Sunday, August 2, 2015, and he is accompanied by the Boston Symphony Orchestra. They are playing Richard Strauss’s “Don Quixote” Variations, Opus 35.

I have seen Ma play three times. A fourth time, which would have been my first, I had tickets but did not go because a hurricane was raging in Hartford. While I myself cannot play the cello, I have learned a lot from watching Yo-Yo Ma.

No matter what music he is playing, Ma always appears to be personally addressed by it. He is actually in a dialogue with it. Expressions of intense emotion course over his face. At times he appears to be in rapture, eyes closed and smiling radiantly.

When he is not playing and the bow is at rest, away from the cello, Ma interacts with the other members of the orchestra. He turns his gaze toward the current soloist or the section that is carrying the music. He nods appreciatively. I have the sense that he is embracing all participants in this performance, as if the orchestra were a family reunion of which he was delighted to be a part.

When it comes Yo-Yo Ma’s time to enter in, the bow sweeps down grandly or glides in from the side. A great energy force rises through his feet into his legs and up his body, which twists. The current pulses through him, released through his arms and back and neck and head.

The playing is a whole-body experience. It is as if the music were playing the musician.

As a child, I think I sought assurance that I would one day be great at something. Children want and need to believe that they are special in the eyes of God, that they have been singled out to do some important work in the world. Until they believe they have found it, they are inquiring.

I once asked Helen Jenks whether I could be a great pianist. “You can be as good as I am,” she wisely replied. She played sensitively and well without being of concert caliber. In my mind’s eye I see her sitting on the bench, demonstrating the coloring for me, swaying forward and back as if punctuating the music with her body.

The point was lost on me, however, until I saw Yo-Yo Ma. The music is not something one produces with fingers or hands or a bow. The music is an experience of life that grips us in the moment, body and soul, and demands to be fully known.

Sometimes people speak of the importance of dancing. “I hope you dance,” a mother tells her child in a popular song. The message is clearly to put all of yourself into whatever you do. Do not watch from the sidelines. Do not hold back. Do not give your song a perfunctory performance.

Jump in with both feet. Invest all of the energy and passion at your disposal. Until you do so, you are missing the boat. You have squandered the rich opportunity given you when you arrived on this earth.

I am reminded of Joseph Campbell, the preeminent mythographer, who spoke often of the hero’s journey and the difficulty of accepting the challenge to risk all in pursuit of the Holy Grail, whatever that may be for you. In the last analysis the hero, fearful, comes face to face with the need to put everything on the line.

When this time comes in our lives, we feel out there, unsupported, terribly alone. And yet at the moment when we take the plunge, suddenly everyone else is right there too. The hero instantly joins all members of the human race, past and present, striving for all that can be, disregarding the chance of loss in pursuit of the possibility of glorious success.

For all of us, it would be unthinkable not to go for broke, to reach the end of life and know that we could have gone farther, done more, but we were simply too afraid to try.

This is the message I take from Yo-Yo Ma on the stage at Tanglewood. He is totally in thrall to the music. He is captured utterly, transported by the moment. Right then, before my eyes, he is showing me what it means to be fully alive.