How to Make or Break a Habit 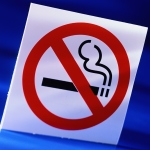 Habits have lots of virtues. They add comforting structure to our lives and help us counteract chaos. They give us a safety net by letting us go on automatic pilot in times of crisis.

In novel situations we rely on habits just because we gravitate wherever possible toward the familiar, which feels safe. Habits can also save us time and money precisely because they enable us to put our mental energy elsewhere.

Just consider: isn’t it wonderful that you don’t have to think about basic driving skills in rush hour traffic? Thanks to habit, your brain is free to react appropriately when another driver does something strange.

Habits can be negative influences on our lives, however. They can get us stuck doing things that are bad for us. They can also keep us from being present in the moment to enjoy its pleasures.

Weak habits are easy to change. How hard would it be to put fruit on your breakfast cereal instead of sugar?

When habits are strong, intentions alone don’t necessarily overcome them. It can be impossible simply to stop a bad habit. Practically speaking, a better idea is to replace it with a good one. So how should you proceed?

Ideally you want to tell yourself what to do rather than what not to do: “I will chew gum rather than lighting up” and not merely “I will not smoke any more cigarettes.”

A few steps will help you start eliminating many problem behaviors.

• First identify the bad habit. Make it conscious. What does it consist of? When does it occur? Are there particular situations that act as triggers?
• Understand the role of the bad habit in your life. What purpose does it serve? Does it help you avoid something? Does it make you feel better in some way?
• Identify a different and positive behavior that will answer the same need. Think healthy rather than unhealthy. Honor your values and guiding principles.
• Think about what will be involved in achieving behavior change and notice the roadblocks. Are there external obstacles as well as internal ones?
• Visualize the positive benefits of the new habit, imagine the negative effects of the old one, and contrast the two. Which benefits are especially appealing?
• Create a plan to adopt the new habit, perhaps in stages, bit by bit. Describe the plan in words. You can avoid some bad habits by following new rules or by using a checklist, but you still need something good to replace them.
• Anticipate setbacks, relapse, and dissatisfaction. What will these problems look like? How will you handle them?
• Pat yourself on the back whenever you notice progress! Remind yourself that your efforts will pay off when the new habit becomes automatic and effortless.
• Implement the new habit in place of the old. Since we have limited self-control available at any one time, more self-control in one area may mean that you have less in another for a while.

A desirable habit is one sort of goal. As long as it is within the realm of possibility, you can help make it happen simply by focusing on it.

To see proof, just try writing down ten goals once or twice a day, taking care to write each goal down as if you have already achieved it and assigning each goal a target date. If you do this over a period of weeks or months, you will be amazed at how much you accomplish—and faster than you expected.

Once a good habit has become automatic, you can increase the pleasure inherent in it by focusing on a new element of it. A tried and true recipe is likely to produce a more memorable dish on some occasions than on others. Once you have established a good habit, vary it now and again, just enough to keep it interesting. You want to engage with it rather than spacing out.

Some habits are easier to learn than others. Some habits—those with a chemical component, for instance, like smoking—are harder to break than others. Identify inner and outer obstacles, anticipate failure, and expect eventual success.

Remember that even when the causes appear external, the game changer is always internal: you can change your attitude toward any problem by reframing it. Getting sick is a bummer, but the head cold you’ve got now sure beats the pneumonia that you had last year.

The reason reframing works is that we don’t see things in isolation. We can see any one thing only in relation to something else. If you don’t like what you are seeing, change the context. Viktor Frankl survived a concentration camp by visualizing himself lecturing to an audience about the experience.

Avoid either/or thinking (anything that’s not perfection is failure, for example), personalization (it’s all my fault; this could only happen to me), and awfulizing (things couldn’t be any worse).

Knowledge and skill, together with courage and confidence, are powerful weapons against doubts and fears. Bear in mind that any feelings you have are part of human nature: everybody has them sooner or later. With persistence, you can defeat the negative ones. Like habits, they are two-faced: they present both a problem and an opportunity.