How to Set Limits with People You Love 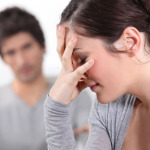 We all long for independence even as we crave acceptance by other people, but our bodies and our psyches demand that we set limits as part of taking care of ourselves.

Saying no sometimes helps us protect ourselves from threats. Often, though, we’re afraid that other people won’t like us unless we give them what they seem to want.  The problem looms especially large when the other person is someone we care about.

How can we deal with this issue? The answer is more a way of being in the world than it is a quick fix.

1. Know what you need for yourself
Each of us as an adult must take care of ourselves, which means each of us must know what we need to stay serene, optimistic, and purposeful.

To learn about yourself, everyone needs to live alone for a while—not in a dormitory or in a rented room but in a house or an apartment with your name on the lease. With no one else there and no one else in charge, you call the shots.

You alone decide how to furnish the place, when to turn up the music, how often to clean house, and what to park in the refrigerator. In the process you learn about your comfort level. You are a night person or a morning person. You care about tidiness or you don’t. You have particular preferences about noise and dirt.

Over time you realize what you like, and you pursue it.

Armed with this important knowledge about yourself, you are ready for a relationship. You are now able to identify your preferences. Even more important, you can distinguish between the essentials and the things that are merely nice. You are now in a position to accommodate someone else whose needs are different.

2. Let others know your preferences
To have successful relationships, you must be able to tell people, without embarrassment, what you expect from them. They will almost always be grateful for the information.

You won’t always get what you want or need, of course. Sometimes you will have to change course to keep yourself on an even keel. Still, you are more likely to get something if you tell other people what you’re after than if you keep silent about it.

We show each other respect by honoring each other’s stated preferences. Most folks don’t want to offend you. They would also rather not guess and be mistaken.

Ask for what you want. Be sure to notice the other person’s feelings and show consideration. The dynamic of abuse is “Do as I say. I don’t care how you feel!”

Communicate your wants in a way that tells the world they are yours. We are talking about things you personally need and not immutable laws of conduct that are graven on ancient tablets.

Don’t say, “This is the way it’s done,” or “You should know better than that,” because such statements imply that there is a global rule on which you are the authority.

In this way, you speak from your feelings, on which you are the undisputed expert. Each time you do you should experience a physical sense of relief, as if you were laying down a burden.

3. Know the difference between your stuff and other people’s stuff
Some things are your business, and some are not. You know what you require in the way of privacy, for instance, whether you are sharing confidences or changing into a bathing suit. You set the limits in this area.

On the other hand, if two people are angry with each other and are asking you to be the go-between, this is an issue between the two of them, and it’s appropriate for you to refuse politely but firmly.

Before jumping into any interpersonal situation with suggestions or advice, ask yourself: whose stuff is it anyway? Just because their decision affects you doesn’t make it yours.

Try to send everyone the message that you do the best you can, but like everyone else, you make mistakes now and then. When you do, you want to hear about it directly from the person or people involved rather than from third parties.

We are none of us responsible for what others hear but only for what we ourselves say and do. Sometimes there’s a difference between the two.

Communication can be like the children’s game of telephone. The message that enters the first child’s ears bears no resemblance to what the last child reports having heard.

4. Get comfortable saying no
You don’t need to bring out the big guns when you set a limit. “Please don’t” is usually enough, but don’t let yourself be browbeaten into making concessions that leave you squirming.

Sometimes you need to be able to give feedback. Perhaps the other person’s distress is making them say hurtful things. Or maybe they are yelling or making insulting remarks.

In such cases one option is to stop the conversation: “Can we talk about this later when we are both calmer?” You can remind the other person that you care about the relationship and want to protect it from damage.

It’s also important to be able listen to other people’s requests without belittling the words or the person even if you don’t agree.

Another option, particularly if you have been listening rather than speaking, can be to draw attention to the way the conversation is proceeding.

Every statement has two aspects, content and form. If someone says, “How could you have done such a thing?” you could say why you acted as you did, addressing the content aspect.

Alternatively, you might say, “You seem awfully angry right now. Are you all right?” Your words would then be calling the speaker’s attention to how he is coming across rather than what he is saying. This is the process aspect.

If you tend to give in just to get the other person off your back, the phrases listed below will help you stand up for yourself. Practice them until they roll off your tongue easily.

The last response comes in particularly handy when people are giving you unwanted advice. It both acknowledges their words and brings the conversation to a graceful close.

Master the art of saying no when you must. If you never say no, people will be uncertain when you mean yes. No one can say yes all of the time and mean it. You will feel disappointed and angry with people less often if you set clear limits. Don’t invest highly in people who refuse to respect them.