How to Tell If You Are Ready for Love 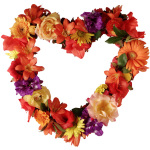 If you are looking for a long-term partner, you want to be emotionally available.

Huh? What is “emotionally available”?

Isn’t it enough to be not married or not in a relationship with someone else?

Not exactly. Let me explain. In the discussion below, disregard the pronoun: the advice applies equally to men and women.

You want to be loving and attentive, like your partner. Both of you should assign the same priority to making a commitment and having a relationship. This means that both of you will already have done some work on yourselves. He must like himself. He must be at peace with himself, relatively speaking. You too!

“Emotionally available” means that you are aware of your feelings, able to express them appropriately and without embarrassment, willing to take responsibility for yourself, able to acknowledge mistakes and make amends, and able both to set limits and to respect those set by other people. To see what these specs amount to, let’s look at them and consider some examples. I’ll be talking about both you and your partner.

You are aware of your feelings

No one worries about expressing positive emotions—joy, relief, excitement, pleasure, enthusiasm. The troublesome emotions are usually more of a problem, because they make people uncomfortable. They include anger, sadness, jealousy, resentment, disappointment, hurt, guilt, and shame. Usually these are inspired by situations involving unpreventable pain and loss.

Anger in our society has a particularly bad press. Anger often makes people look menacing, out of their own control, frightening. Sadness is gummy or sticky, a downer. We all shy away from others who are perpetually sad. As the dating website cliché goes, “I love to laugh.” This expression often means, “don’t make me think about sad things.”

But all of these emotions are natural parts of us, and we need to notice and accept them if we are to function in healthy ways. To be aware of them means not just noticing these feelings within ourselves but also acknowledging that they connect us with other people. Once we speak of them, everyone knows what we are talking about, because all of us have had them at one time or another.

All of us, similarly, must know how to make ourselves feel better when we are down in the dumps. Talking things over with a trusted friend may help, as may a gym workout or a walk in the woods.

You want a guy who notices his feelings and takes appropriate action to relieve the negative ones. A man who turns to marijuana or beer when he is upset is someone who runs away from his feelings. He doesn’t know how to make himself feel better in healthy ways.

When a man insists on seeming happy and carefree at all times and does not handle negative feelings appropriately, it’s a red flag.

You are able to express feelings appropriately and without embarrassment

People when they communicate need to speak to each other’s feelings. So if you get angry with a guy for being late for a date, you would say so. His response would ideally acknowledge your hurt and your sense of having been disrespected. If he smiles and says nothing, that’s a red flag. If his anger prompts him to “forget” to do something you expect, that’s passive aggressive—also not a good sign.

If he’s feeling sad, he could say so when you inquire. “Can I do anything to make you feel better?” you might say. If he answers, “No, that’s okay. I just need a little time,” then you know to leave well enough alone.

If he’s hurt, similarly, you want him to tell you—especially if the problem involves something that you said or did. If he nurses a grievance, so that it festers until he finally erupts, you will feel blindsided.

Perhaps he says, “You are always criticizing me! Nothing I do ever pleases you!” Rather than accuse you of having done this forever, he could tell you how he wants you to act from now on.

It’s not emotionally healthy to nurse grudges and then explode or to retaliate for perceived wrongs. People who complain to others before talking to their lovers or spouses about problems are undermining the love relationship, which is something private that you build together.

Sometimes people complain to a third party rather than going directly to the person involved. That’s a red flag. So is insistence that “I am right and you are wrong,” without regard for the sticking point—your feelings of hurt or your anger at feeling unheard.

You are willing to take responsibility for yourself

You are okay with the idea that, like everyone else, you’re not perfect. You make mistakes from time to time, as does he. Don’t be constantly excusing your behavior, rationalizing or justifying, and blaming, and watch out for other people who do this. They are more concerned with self-defense than with ensuring that the two of you are communicating well and feeling good about your relationship.

Ideally your man will admit to his words and deeds. If the consequences were problematic, he takes responsibility. He acknowledges his mistakes and is willing to make amends and change his ways.

It’s not about admitting to being wrong while the other person is right. After all, any situation looks different to each observer. What’s more important is to understand and address the other person’s feelings.  Particularly watch out for people who say they “would never do” the thing you feel they did do–and then they end the relationship when you try to discuss the matter and solve the problem.

There’s a difference between taking responsibility for what you said and agreeing that you meant what the other person heard. We all listen to other people, filtering the incoming messages through the lens of past experience and our core beliefs. What you or I hear isn’t necessarily what the other person intended. By checking in with each other we can avoid unwarranted assumptions and avert trouble between us.

Effective conflict resolution is not win-lose but win-win. It involves determining what each person wants and accommodating the needs of both. Watch out for people who always need to win or to have their point of view accepted as Gospel.

In my practice I see a lot of people sent for therapy by lovers and spouses for “anger management.” Almost always the problem is not destructive, over-the-top behavior by these folks when they are angry but an inability to let set limits with other people.

A husband who works until 7:00 pm each weeknight and wants to sleep in on Sunday may eventually lose it if you keep asking him to fix Sunday breakfast for the kids at 8:00 am so that you can sleep. If he wants you to be ready at 7:30 to leave the house for a dinner date and you regularly make him wait, he may explode in time.

People who constantly labor to satisfy others at their own expense will eventually seem irritable much of the time and may leak anger. (Think of road rage.)

Now, I am not saying that you must honor your guy’s every preference or he yours. I mean simply that you should both say clearly what you want and how important it is to you, relatively speaking, to get it.

People who don’t say what they want and think you ought to know anyway are not good communicators. You can sometimes coax them into mending their ways, but if they don’t, your relationship is apt to hit a snag.

By the same token, if you tell a guy that you hit the sack at 8:30 each night, so you’d rather not get phone calls after 9:00 pm, he needs to take your meaning. If he calls you after 9:00 pm anyway, it’s a red flag: he wasn’t paying attention.

The bottom line is that we all need to be able to say no. If you can’t say no to other people, they won’t know when you really mean yes. No one means yes all of the time.

Some people are afraid others won’t like them if they say no. But everyone has different needs. We show respect for others by accommodating their needs as we expect them to accommodate ours. Most people will respond with relief if they believe you will be up front with them about your likes and dislikes.

Emotionally available people stay in touch with their own feelings even as they listen to those of others. This ability is essential if any two people are going to communicate successfully.