No More Therapists in Private Practice? 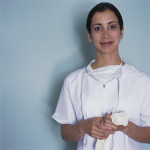 You may have noticed in recent years that more and more doctors are hanging out new shingles. The sign that used to read “Roger Kurall, MD,” now says something like “Cheatham Hospital Medical Group.” The same change is in the works for psychotherapists in private practice. So what’s going on?

Medical record keeping and billing procedures are getting more and more difficult, time-consuming, and costly for private practitioners to manage. By banding together, providers share the costs and the challenges. Also, since hospitals can charge more for a service than self-employed individuals, the affiliation brings in more money, and physicians’ working hours start looking more like bankers’ hours.

Your medical records also have some new wrinkles. The doctor, when you finally see him or her, spends more time staring at a monitor and less time connecting with you. At the start of the visit, you may field a battery of seemingly irrelevant questions about your lifestyle. If you bridle, you may be told that “the computer” won’t permit your electronic record to be accessed until they have been answered. The real reason? Data reporting.  See PQRS below. Being electronic, your records circulate more widely in cyberspace.

Now, not all of these changes are evident yet in the psychotherapist’s office. Right now there are still solo practitioners on insurance panels who keep paper records. For the privilege of being “in network,” these therapists agree to bill the insurer directly and to accept the insurer’s reimbursement rates, which have not increased appreciably in the past fifteen years.

As in the past you can choose to see a therapist without involving insurance at all. You simply pay out of pocket the practitioner’s “customary” fee, which is higher than insurance reimbursement rates because of operating costs. You pay more, but you get greater privacy. No need to worry about the insurer’s authorization. No need to submit medical records to assert pathology justifying treatment.

In October 2015 important changes will throw a spotlight on the benefits of self-pay. You can thank HIPAA, our bad privacy law which is busy getting worse, for at least some of the new hassle. HIPAA ostensibly safeguards personal health information but actually shields from liability a growing number of businesses that access your records to operate the health care system. Think billing services, collection agencies, and medical records archives.

Below are some highlights of the coming changes as they affect therapists and a few thoughts about the impact they are likely to have.

First, we therapists must all use the latest edition of the American Psychiatric Association’s manual of mental health disorders, the DSM 5, whose take on psychological problems is no less controversial now than in the past. The diagnoses carry new numerical codes used in billing, commonly known as ICD-10, that have changed significantly.

Some ICD-10 codes (starting with the letters T and Z) accommodate the reality that many people seek counseling for help with relationship, family, or career issues. Unfortunately, as with the last edition of the diagnostic manual, they can be used only in support of codes denoting pathology.  And starting October 1, therapists must report not simply the diagnosis but also its severity whenever a claim is submitted for reimbursement.

Increasingly stringent standards for session notes, which the insurer may audit, require that they align with diagnostic criteria. The notes’ focus will thus be more pathological than before, with the implication that reimbursement can be denied or recouped if the insurer disapproves of the treatment and goals.

As in the past, the therapist can document session content, but such psychotherapy notes are not sufficient to withstand an insurer’s audit. Furthermore, their privacy cannot be protected unless they are stored separately from the patient’s chart.

If these new requirements increase the paperwork burden on the therapist, they are nothing compared to a user-hostile rating system called PQRS now implemented by Medicare and soon coming to Medicaid. PQRS measures are elaborately calculated using numerators and denominators. The system aims to reduce the costs of providing medical care for complex chronic conditions such as heart disease.

Although PQRS measures are largely unrelated to mental health care, therapists must report them to avoid financial penalties. The time-consuming procedure for computing them changes annually. Practitioners who failed to start reporting two years back are watching their already low reimbursement rates drop further for each year of noncompliance. The cumbersome data entry must be performed outside a session and is of course not reimbursed.

In the next couple of years, other changes are in the works. Private insurers will adopt PQRS-like reporting systems. Fee-for-service reimbursement will give way to performance-based reimbursement, a shift that already has many therapists scratching their heads, since in our business neither the misery nor the relief looks the same for any two people more than briefly.

Down the road psychotherapists will be required to keep electronic records. I will have to choose between imposing a monitor between you and me during a session and keyboarding your records after the session, once again on unreimbursed time.

Following the physicians’ lead, therapists will be expected to affiliate with larger bureaucratic entities (hospitals, clinics, or consortiums of doctors) for insurance billing and reporting of care. One insurance executive predicts that private practice will be eliminated altogether by the end of 2017. As with medical care, psychotherapy will be putting on a less personal and more corporate face.

What is happening here?

Mental health care has long been the poor relation of medicine. The DSM was originally conceived as a tool for placing psychiatrists on an equal footing with other physicians. Even in our time less is known about the brain than about other organs of the body, however, and the psychiatrists are still jockeying for clout and credibility. Half a century ago, the drug manufacturers moved to bridge the gap.

The pharmaceutical industry seized upon the DSM as a way to medicalize mental health care and organize interventions. Insurance favors drugs (faster and cheaper as care) but deems some forms of talk therapy, including cognitive behavioral therapy, helpful for particular issues.

The mental health diagnostic system as administered by the insurance industry, with the medical community in thrall, greatly oversimplifies human nature. Problems abound.  Predictably, it has been hard to define “effective,” and research designs and reports of data have been sabotaged by financial stakeholders eager for product endorsement. In the meantime, as in the past, many diagnoses lack validity.

It would be nice to think that there is a one-on-one correlation in mental health between complaint and cure, but we just aren’t there yet. Not all depressions are the same.  The single factor that research has consistently linked to effectiveness is the relationship between the client and the therapist. It’s more important than the technique used or the type of professional training received by the practitioner, and drugs do not substitute for talk and a listening ear.

The bottom line? Psychodynamic therapy will probably become a thing of the past. Quality control has been hard to quantify, and managed care is all about quantitative measures.  But as Dr. Abigail Zuger observes in the New York Times, “You could say that the numbers don’t tell the whole story.”

The innovations being implemented will affect the therapy you can get in the years ahead. Older, more experienced therapists now in private practice are likely to retire. Care itself will become more standardized and more impersonal. Your privacy will continue to shrink.

These changes, like so many others in today’s society, will not affect rich people. Boutique practices will survive. For the less affluent people who expect their medical insurance to promote mental health, it will be another story.

I could easily write a separate blog post about the desperate need for appropriate and readily available care for severe and chronic mental illness, which often requires resources that therapists in private practice cannot provide. If the changes on the horizon bring more and better services for the mentally ill, that’s all to the good.

Most of us, however, seek therapy occasionally in pursuit of greater self-awareness and help coping with suffering. We get these benefits by consulting a professional listener in a quiet, private setting. When private practice disappears, ordinary people will find themselves with poorer service and less of it. It’s a problem of access.  Increasingly, your insurer, not you and your therapist, will determine what care you get unless you can afford to pay out of pocket.