Of Dust Mice and Men 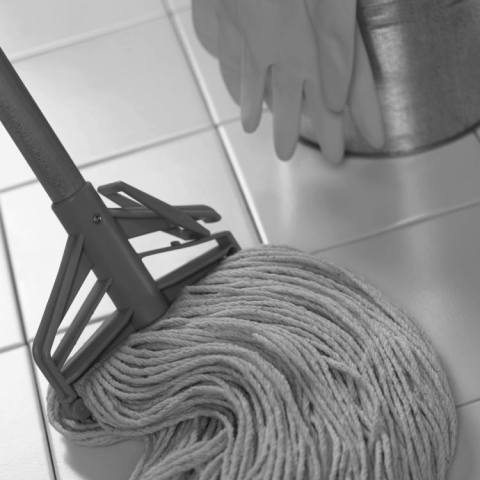 The couples who come to see me are often people who fight about housekeeping. For the sake of argument, let’s assume that the plaintiff is the husband and the defendant the wife. Still, the roles are often reversed.

Hubby Gerald argues that wife Sheila is impossibly disorganized. To hear him tell it, this is an attentional deficit of pathological proportions. She starts a task, then stops without finishing and moves on to another chore only to leave that one incomplete as well.

If we pause to consider one particular failing of Sheila’s—say laundry—it will develop that she is ignorant of the immutable laws that govern the cleaning of clothes. These laws prescribe the correct procedures for sorting, adding soap, drying, and folding. Gerald implies that the method was originally set forth by Hammurabi in Babylonian times.

During her husband’s tirade Sheila may sit uncomplaining, meek. Or she may study her spouse, bewildered, believing that she is not guilty as charged. In the course of the hour Gerald will probably shift his focus from laundry to grocery shopping, dusting, mopping, vacuuming, and that most hallowed of domestic battlefields, the bathroom.

But of course the problem isn’t really housekeeping. If it were, a simple solution might be to hire a cleaning woman or a maid or even just to reassign tasks. So what is going on here?

As a TD myself—full disclosure here—I detest cleaning. There’s nothing urgent about eliminating dust mice, IMHO. In my experience they stay put until you’re ready to trap them. I become uncomfortable and anxious mainly when I cannot find something I need. I realize that not everyone will share my views.

While Gerald may believe that his preferences are divinely sanctioned, God has never to my knowledge spoken about housekeeping. If He has an opinion on this matter, He isn’t sharing it.

There is no absolute right and no absolute wrong when it comes to housekeeping. It all depends on who you are and what you want. Different people prefer to live in different ways.

Everyone has anxiety. It’s part of the basic emotional kit you get when you enter this world. Included in the mixed bag are sadness, happiness, fear, embarrassment, guilt, shame, anger, and other stuff.

Anxiety reflects our nagging awareness that much of life is uncertain and unpredictable. The antidote for anxiety, and the remedy we all use, is (efforts at) control. When we take charge we feel more powerful (less helpless) in at least some respects.

We exert control in all kinds of ways, some of them subtle. Hemingway used words. Tiger Woods does it with a golf ball. Yo-Yo Ma has a cello.

Other forms of control have to do with positions of authority.

How much control do you think Napoleon needed? How about judges—and presidents of the United States?

Gerald’s laundry issue plays out on a far smaller scale, of course. He aims to command the rank and file at home. But of course no one can really control what other people think, feel, and do.

Viktor Frankl famously wrote about his ability to manage his mind in a concentration camp, a setting where he otherwise lacked control.

Clearly Gerald is at a disadvantage. He cannot reasonably claim that there is only one way to process dirty clothes.  If his wife does not heed his preferences, he can either accommodate her, taking other steps to restore his equanimity, or he can declare that the laundry is so very important to his sense of well-being that from now on he will do it himself.

As Frankl’s example shows, other people cannot control us—unless we let them do so. This basic principle is very important when people are living together.

I am guessing that Gerald falls into the TC category. People like him who are really finicky about their surroundings often benefit from being given a space of their own, preferably a room with a door that closes. This room then becomes their sanctuary.

However chaotic the rest of the house may be, in his man cave, Gerald has a controlled environment where he reigns supreme. With any luck this designated space will help him be more tolerant of others whose lifestyle differs from his own.

Of course Gerald always has the option of leaving the arena altogether. If he can’t make do, he can divorce his wife. But whatever he does, he will still have the task of managing his anxiety. Eliminating it altogether is not an option.

In some respect or other we all stand in Gerald’s shoes. Our anxiety is ours alone to manage, and like Gerald, we let it depend on the behavior of others at our peril.