On Risks, Resilience, and Cell Phones 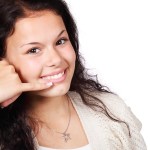 A woman who sees me for counseling spoke recently about chatting with a man she met on an online dating site. After their initial contact he wanted to connect with her by phone or text. Noticing that he lived in a nearby town, she suggested that they meet for coffee. When she did not hear back from him, she looked online and discovered that he had deleted her email.

There was a time some years back, of course, when people would routinely respond to a personals ad by making a phone call and setting a date to get together at least briefly. These days have apparently vanished. But why?

Sherry Turkle’s 2013 NPR talk on cell phones and isolation, a follow-up to her TED Talk of a year earlier, gave me some ideas. Then, a few days ago, I read Peter Gray’s alarming report that college students nationwide, increasingly troubled and fragile, are unable to handle academic competition and grades. Instead they ask their professors to be less demanding. Gray, a psychologist at Boston College, speaks of a pervasive lack of resilience.

Considering the phenomena described by Turkle and Gray back to back, I concluded that they are related. The common element is the problem of risk. Let me explain.

Turkle, a psychologist at MIT, has found that cell phones connect people while keeping distance between them so that they stay partly hidden from each other. There’s none of the intimacy involved in a face-to-face encounter.

Social media, like robots now on the market for the elderly and the very young, create the illusion of connection when in fact no one is listening. We compulsively reach for this illusion rather than endure solitude, which may feel intolerable. We are collectively losing the capacity for self-reflection, Turkle believes. Unless we can learn to be alone, we will inevitably be lonely.

The problem I notice has more to do with feelings. Humans are hardwired to need relationships, preferably face-to-face communication with a flesh-and-blood individual we can see and touch as well as hear. The newer forms of communication dilute our encounters by letting us limit the interaction and avoid expressing emotions.

Telephones eliminate faces and bodies and gestures, also the possibility of touch, and actually transmit only part of a voice. Email and text messages go even farther by omitting not just voice but intonation as well. If you want to cry on my shoulder or give me a hug, obviously we must meet in person.

Texting not only places us at a safe remove but also lets us conceal our feelings. The contents of a message can be edited or deleted. If we don’t like the conversation, we can always break the connection. The best antidote to anxiety is always control.

In person, I might have trouble making a swift exit to save face. I might have to respond spontaneously, in the moment. As I listen to you I might betray some emotion. And in person, I lack control not over what I say but over what you say. Suppose the message is negative? Wouldn’t that rock my boat?

Now, cell phones and tablets also function as distractions. We can easily relieve ourselves of uncomfortable feelings with a little something virtual that carries no emotional charge.

In addition, these devices give us the chance to look away from anyone else who may be nearby. Eye contact is generally an invitation to interaction. If eyes are the windows to the soul, the technology lets us pull the shades anytime, anywhere.

The ability to manipulate communication in such ways reassures the fearful college students. In today’s world, danger seems ubiquitous. Chance encounters carry risks. It feels best when we stay on an even keel. We become vulnerable, however, not just when we share feelings but also when we take initiatives of other sorts.

We could attempt a difficult task, but what if we fail? No one can succeed without first going out on a limb. Think of athletes. You can’t win if you don’t play, which you can’t do if you aren’t willing to accept the possibility of loss. It’s ludicrous to imagine Serena Williams deciding to abandon tennis if she loses a match, right?

We survive and thrive in this world on the basis of our ability to identify risks worth taking. Clearly we can’t take on challenges if we will interpret any defeat as evidence of our own inadequacy. We must believe that, win or lose, we are deserving and lovable individuals. We must be able to accept ourselves, feelings and all, no matter what. Some people learn in childhood that it is not safe to express intense or negative emotions, that it’s best to stick to cheery small talk.

Many children are shielded at virtually all times. Anxious parents tell them what to do constantly. The aim is to prevent harm, of course, but the net effect is to discourage risk taking, and anxiety is contagious. The trouble is that this approach keeps kids from learning to trust their own judgment.

Children who are not allowed to make age-appropriate decisions for themselves during their growing-up years will in adulthood find failure painful and frightening, something to be avoided at any cost.

Each defeat erodes these children’s sense of self-worth. When an outcome isn’t to their liking, they look for outside forces on which to pin the blame. Unable to take responsibility for a failed attempt, they miss the chance to test new strategies. The ability to acknowledge mistakes and to learn from them is a key component of resilience.

To experience love we must be willing to share feelings, to risk vulnerability. To succeed, we must be prepared to risk loss secure in the knowledge that failure cannot define us. Turkle’s concerns overlap with Gray’s precisely in this area of fragility and self-doubt.

Avoiding our own feelings and those of others, we take refuge in thoughts and further curb our anxiety by finding new ways to manage our every encounter with the outside world. This defensive, reactive position of course makes it hard for us to take on new challenges, which demand a flexible approach rather than rigidity.

The message for parents? We must, in raising children, address our own anxiety—learn to soothe ourselves—so that we can stand back and let our offspring test their wings in age-appropriate ways. Sometimes they will fail, but with fresh attempts they will succeed in time as long as they are willing to risk connection, battle adversity, and accept themselves. Grownups teach youngsters most effectively, of course, when we serve as role models.