Proven Strategies for Dealing with Anger 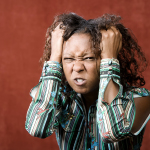 What emotion packs the biggest wallop? It’s anger, of course. When someone gets mad, we all watch out for yelling, hurtful words, and violence. Anger pumps people up, but observers often feel as helpless as if they were watching a volcano erupt.

Before we look at tried and true ways to put out the fire, let’s consider some causes of anger.

Some events predictably make us mad. If someone robs you, you feel angry. If someone cheats you, ditto. And don’t forget auto accidents, natural catastrophes, and medical issues. All of these events involve loss, which no one wants.

Our anxiety spikes whenever we are confronted with situations that leave us feeling helpless. We manage our anxiety by finding ways to take control.

The feeling of being in control reassures us.  The sense of powerlessness, on the other hand, may produce shame, embarrassment, or fear, emotions that we mask with anger because it feels better than they do.

Of course bad news arrives for everyone eventually, bringing pain and a sense of loss. There’s no running away from it.  The only remedy is to grieve the loss, experience all the feelings, find ways to regain a sense of control, and move on.

People who do not take the time to process their losses, especially major ones, become irritable and bitter. They leak anger noticeably in their daily interactions with others.

The trick is to work out the grief loss by loss so that it doesn’t fester. Older people are particularly likely to have failed to do some of this important work just because they have lived longer.

How to express your anger

Anger is a normal, healthy human emotion. It tells us to defend and reinstate physical or other boundaries. It releases anxiety and energy from our bodies so that equilibrium can be restored.

It needs only to be managed so that it does not interfere with health and happiness.

You will feel angry with others less often if you set limits where you need them. Take space if necessary. Don’t give away things you would rather keep. End conversations before they tank. Protect your privacy. If you do, you will less often feel violated.

Let your children see you setting limits and enforcing them. Also show your children, by your example, peaceful, prosocial ways of resolving conflict, making amends, and forgiving others and themselves.

To maintain good mental and physical health, we all need to release anger from our bodies. Physical exercise reduces stress. Look for different ways of making yourself feel better. Take time and space to soothe yourself.

The energy behind anger can help you clean house, rake leaves, weed the garden, and exercise at the gym. Get a whole-body workout while you think about what’s bugging you. Afterward you will feel calmer, more relaxed, and stretched in a good way.

If only our schools would acknowledge their responsibility for teaching social skills! Children could easily learn in kindergarten how to communicate anger appropriately.

But until our educational system steps up to the plate, it’s up to parents to teach their kids about anger. The rules are few and simple.

First, say how you feel. “I” statements aren’t necessary, but speak about yourself rather than voicing thoughts, justifying, or explaining. The difference is important.

If you say, “I feel that you are bullying me,” you are communicating a thought. Bullying is a concept. If you say, “The way you are talking right now frightens me,” you are speaking of fear, a feeling.

Avoid insults, accusations, threats, and any form of destruction.

Don’t call anyone mean, stupid, or misguided. Don’t use labels or pronounce judgment: “No one in their right mind would do that!” “That’s the stupidest thing I ever heard!”

Anytime you talk this way you sound like God. The other person will stop listening. We are all equals here.

Yelling tells observers that you may be out of control and about to say or do bad things. Yelling can also make you scary. Listeners will notice how crazy you look more than what you are saying.

Avoid payback and punishment, which don’t work. If I hurt you the way I think you did me, you will become resentful, because you may not think you did anything wrong.

The two of you probably don’t see the problem the same way. Retaliation builds ill will and makes it harder to restore peace.

The answer is for both parties to talk and to listen. Don’t wait too long before doing this work.

Passive aggressive behavior is also a bad idea. In this case, not wanting to discuss the problem directly with the other person, you fail to behave as expected. You “forget” to show up after having been invited to dinner, perhaps, or you don’t follow through on some promise.

Such behavior announces that you aren’t willing to admit that you feel angry and to take responsibility for yourself, feelings and all. But why not? Everyone gets mad sometimes. No one should be punished for it.

How to deal with someone else’s anger

Someone else’s anger can look almost like a physical seizure. How we feel when we see angry behavior, and how we express anger ourselves, is generally determined by what we learned in childhood.

Perhaps the biggest problem with anger is the impossibility of controlling someone else’s. Some people come from households in which yelling is commonplace and no big deal. In other families, a raised voice means danger, and children run for cover.

What do we do when the other person seems over the top? The suggestions below presuppose that there is no threat of physical violence.

When we are angry, our brains go off line. We stop thinking straight. We pay less attention to words than to tone of voice and body language. The answer is to speak softly to angry people, move slowly, back off, and communicate acceptance.

If someone you love is becoming angrier and angrier, try saying,

At some point you will need to know how to resolve the conflict underlying the anger.

Armed with information about each other’s feelings and needs, the two of you can look for a solution that accommodates you both.

Stay focused on the present problem. Resist the temptation to dredge the past for examples of similar problems—as if nothing could ever change.

Relationships survive and become stronger not when one person wins and the other loses but when both win, acknowledge each other’s viewpoint, and find ways of going forward that respect them both.