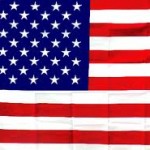 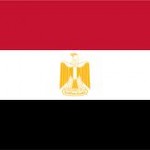 First, there is respect as defined by our society and our shared culture, whatever that may be.  For this sort, we all agree that we and our children should abide by certain rules when we interact with each other.  These rules encompass the appropriate use of “excuse me,” “I’m sorry,” “please,” and “thank you.”  They also mean that we expect each other to wait patiently at the grocery store checkout or the airline ticket counter rather than elbowing our way to the front of the line.

The reach of this idea of respect is long.  It extends to behavior at school, in the workplace, and at home.  It means, for instance, that out of consideration for me you will cut off the dead limbs on a tree in your yard so that they do not fall on my fence and my shrubbery.  You will also keep your grownup body a couple of feet away from mine unless I offer you a hug.  Schools, the primary socializing agents in American society, teach children about this type of respect in minute detail.

A second form of respect is more individualized.  It is the part that we define for ourselves.  It varies at least somewhat from person to person.  It shifts as we mature and age.  If I tell you that I, sixty-four years old, like to be called Marcia rather than Ms. Brubeck, you give me respect when you do as I ask.  You show consideration too when you remember that I do not appreciate telephone calls after 9:00 pm.

Not everyone would feel as I do in these matters, of course.  In order to know how I define respect for myself, you must listen to me and perhaps occasionally even ask questions.  The same is not true of the first form of respect, which we are all presumed to know from childhood (foreigners arriving in America quickly learn about their blunders).

American citizens as a group are hardly uniform.  Not only do they come in many colors, nationalities, religions, and lifestyles, but they also have many different countries of origin.  Each of these countries has a different culture, and each culture, like the American, embraces many subcultures with distinct mores.

While the preferences of the socially dominant group(s) in a society may be said to govern the rest of us–the preferences of affluent white American men, say–those of subdominant groups may fall on a spectrum.  To know what respect means for them, or for any particular individual, we must observe, listen, and ask.

Now, in October 2012 we are discovering that parts of the Arab world are making their voices heard.  A video originating in the United States and disrespecting the Prophet Mohammad  has fueled terrible, destructive protests.  We as a nation are blamed for this video, and many prominent and vocal Americans deny any responsibility for it.

But as I write it is being suggested that one of the values we Americans most cherish, the freedom of speech enshrined in our Bill of Rights, is being challenged.  Or, more accurately, our interpretation of it is not universally celebrated as a virtue.

If I object to your characterization of someone I venerate, perhaps President Obama or Martin Luther King, you might shrug and say, “It’s a free country,” meaning that you can speak as you please without penalty.

But suppose I, a Muslim, want you to respect me and my culture by refraining from insult?  Suppose that I demand not that you feel as I do but that you respect the differences between us?  What if one of those differences is the conviction that an attack on the faith of many people is a greater offense than an attack on any single living person?

The New York Times quotes Emad Shahin, a political scientist, as saying, “The message here is we don’t care about your beliefs — that because of our freedom of expression we can demean them and degrade them any time, and we do not care about your feelings” (David D. Kirkpatrick, “Cultural Clash Fuels Muslims Raging at Film,” September 17, 2012).  Perhaps it is time for us to broaden our understanding of respect.

Such a suggestion has a number of startling implications for me as an American.  It means that I must base my conduct not just on my individual preferences in this matter and not just on the garden variety of cultural respect taught by our public schools.  No, I must also consider the circumstances of the particular person or people with whom I am speaking.  I have an obligation to listen, to learn, and to accept without judging.

Why?  you may ask.  After all, we Americans have for centuries been big proponents of individualism and autonomy.  Let each of us succeed by hard work and remain as free as possible from constraints imposed by any special interests!  Why should I listen to your wants and needs? If I accommodate them, I will almost certainly have to give up some of my liberties.

Yet in our time, I believe I and we–for after all I am speaking about myself and my fellow country men and women as a group–must relinquish our idea of ourselves as Lone Rangers and embrace the idea that we are part of multiple communities, local, regional, national, and global.  If these communities are to protect and provide for their members, we must all work together as a team.

Above all, this teamwork, essential to our survival and well-being, requires that everyone feel respected.  Consequently we must all listen up and learn about each other.  We must give each other respect that acknowledges our differences and their important value for our world.  If we fail to listen and to respond appropriately, we will simply feed the conflict and suffering that will ultimately destroy us all.