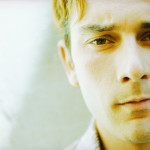 Usually when we speak of hypocrisy, it’s to scold someone. Practice what you preach! we say righteously. What business does anyone have doing things that he or she disapproves of others’ doing? Isn’t this the pot calling the kettle black?

But not so fast. Often the problem is more complicated.

Sometimes I see in my practice people who fervently believe one thing but cannot seem to keep themselves from doing the opposite. Consider the married man who believes in monogamy but pursues escorts.  And what about the woman who advocates chastity while yielding to lust? Don’t omit from your list the politicians who have indulged secretly in behavior that they publicly condemn.

In some cases, at least, we are speaking of compulsions. But I think something more is at work. The struggle to reconcile values and behavior is a fundamental problem we all share though perhaps not to the same degree. All of us harbor in our characters traits of which we are less than proud. Periodically they leak out and wreak havoc in our lives.

We fight these qualities. We want to disown them or to believe that we have somehow eradicated them. Rather than acknowledge their presence in our lives, we criticize others who exhibit them.

To our credit, I think most of us strive to overcome our flaws much of the time. We want and need to think well of ourselves—so much so that, as the psychologists have demonstrated experimentally, when we fail, we blame the situation, but when someone else misses the mark, we blame character.

But as someone once remarked—and Google has not jogged my memory—you needn’t go far below the surface to find the hypocrite in anyone. In some sense we are all hypocrites simply because some of our attitudes and behaviors contradict our heartfelt values.

Awful? Perhaps. But there’s an upside.

This situation gives us a precious opportunity. Ask yourself, what qualities and behaviors do I hate to see in others? Which situations bring out the worst in me?

Once you have the answers, you can determine what part of you is implicated.

We are all more alike than not. We all have the same kit of feelings and emotional responses. In fact, you could say that any behavior exhibited by anybody is just part of what it means to be human. Otherwise, no person would have been capable of it. We all share the human condition.

Don’t despise the murderer if you have ever felt the urge to kill. Instead, see the murderer as evidence that humans are capable of murder under some set of circumstances of which you probably have no direct knowledge.

Any time you experience not just disagreement but hatred or revulsion—distaste with a strong emotional kick—look for the underlying attitude. Your negative feelings directed outward can guide you to troublesome issues within. Once you have found the problem, you can get relief.

You need only to accept this part of you. If you deny that the fear, insecurity, hostility, greed, jealousy, and anxiety are yours, they will sabotage you in daily life. Once you have embraced this dark side, however, you will find greater peace and fulfillment.

When you notice that you are worrying again, consider the qualms and let them go. Observe and tolerate fear. Spot the urge to lash out cruelly and think, “There goes my anger again!” Then hold your tongue and release the energy in exercise or some other way.

Identify the feelings, positive or negative, and move on without acting on them. Rather than create stories about them, redirect yourself to the moment at hand. Once you are able to do so, you will be kinder and more tolerant of others.

There is no more flagrant example of the inner conflict I describe than public attitudes toward homosexuality and gender identity issues. People who cannot contemplate the possibility of homosexual urges within themselves are intolerant of gay people.  Social condemnation of trans individuals and gay couples has been so widespread and so pronounced in our time that it has infected the people who openly identify as trans or gay.

But we all have an obligation to nurture and celebrate ourselves. If you are gay, don’t disrespect yourself by belonging to a church that denounces homosexuality. If you are trans, effect the symmetry that you need to feel whole.

Honoring yourself means accepting what you find as you explore your own potential. As for those of us who describe ourselves as straight or who claim to be happy with the genitals we were born with, we must stop insisting that our way of being is the only right and proper way.

Unburden yourself of the need for validation. You are fine as you are. And so is everyone else.

People who deny their needs, feelings, and compulsions, the bad as well as the good, have little common ground on which to meet the rest of us. Whenever you find yourself condemning another person or a group, look for some corresponding feature within yourself that you deplore. Once you have located that feature, embrace it as an integral part of your humanity.