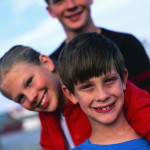 One of my child clients, a smart, pretty redhead we’ll call Marcy, comes to see me after graduating from an extended day treatment program at a local clinic. Marcy, age nine, is healthy, strong, and stubborn. She is an unenthusiastic student at school, where she struggles with academic and social stress, but the real problems happen at home.

Marcy tends to wig out, writhing on the floor and howling, whenever one of her parents wants her to do something around the house. In my office she is charming. Her parents, hardworking and diligent, find the defiance and histrionics exhausting. Past therapists have noted Marcy’s high level of anxiety.

In mental health circles, the accepted wisdom for dealing with tantrums is behavior charts—a chunked day with a reward or token for each segment successfully completed, as measured by avoidance of the target behaviors. For anger, the program teaches the child to count to ten, to breathe deeply (to activate the vagus nerve), to remove herself from the problem situation, and to draw or paint as a way of expressing feelings.

Parents are counseled in the use of “consequences,” thinly veiled penalties. Unfortunately punishment breeds anger, resentment, and a desire to retaliate. It does not create any incentive to change. It also has no deterrent value unless the child knows ahead of time what the consequence will be for a particular form of bad behavior.

Perhaps unsurprisingly, the time-honored interventions often do not work. More to the point, nothing about them speaks to the nature of the problem or the behavior’s function in maintaining the child’s equilibrium. One size does not fit all when it comes to anxiety or children.

To solve the problem, it’s important first to understand it. Beverly, Marcy’s mom, describes a typical outburst. She asks Marcy to take out the garbage and says that if Marcy doesn’t do it this morning, she will forfeit her GameBoy for the rest of the day.

Marcy immediately forgets about the garbage in her anguish at the prospect. A tantrum ensues. I point out to Beverly that Marcy’s anxiety about losing the toy even briefly is distracting her from the task at hand.

When anxiety spikes, it distorts our perception of reality. Threats loom larger than they seem at other times. Losses look bigger. Marcy experiences terrible nervous tension. The physical discomfort makes her desperate to escape the situation and get rid of the heebie jeebies!

Mental health diagnoses are often static. Marcy’s diagnosis of oppositional defiant disorder does not clarify the situation and tells parents and practitioners nothing about the source of the distress. In Marcy’s case, since the underlying issue is anxiety, a first strategy is to increase her sense of having control.

Here are some steps Marcy’s parents can take to solve the problem.

1. Get Marcy to help. To do this, the parents must consult her when she is calm and relaxed. (When a person is upset, the brain is offline.) During a full tantrum, it’s best to walk away—ideally, to leave the room, saying, “I can’t talk to you when you’re like this. Let me know when you feel calmer.” If Marcy seems truly hysterical, it may be best simply to withdraw, slowly and quietly, since she may be momentarily unable to process speech.

Later, when the crisis is past, one parent might say: “Marcy, I was really worried about you last night! You got so upset when I asked you to pick up your clothes off the floor. You were thrashing and yelling, and I felt badly for you. What can we do so that you don’t have to go through that again? Would it help if I rubbed your back? Would a hot shower help?”

Get Marcy to think of ways she could try to calm herself. The parent as official secretary can make a list. In the process it’s important to remind Marcy that she is all alone in her head, that she is the expert on herself, and that only she can solve the problem. The parent should voice great confidence in her ability to do this.

Possible remedies might include jumping on a trampoline, lying under the cushions on the living room couch, or spending time in a tree house or a rage palace (my name for a small tent set up indoors with a mat, a pillow, and perhaps some stuffed animals inside).

Once Marcy understands that she is responsible for managing her distress, the parents can invite her, as a scientist or a detective, to test each possible solution. The next time she has a crisis, for example, it may have been agreed that Mom would rub her back. Mom can attempt this. Later on, Mom and Marcy can evaluate the intervention: how well did it work? Did it end the episode? Did it feel good? Can it be made better?

2. Ask Marcy what the best way would be to get her to take out the garbage. Then follow her instructions. Debrief after the fact. “I thought I did just what you told me to do, but we still had a problem. What happened?” In this way Marcy starts noticing and reflecting on her behavior, becoming more self-aware so that she can learn different ways of handling stress.

3. Agree with Marcy ahead of time that you will videotape her in flagrante so that she can help troubleshoot afterward. If Marcy objects, try introducing a familywide videotaping policy. Anyone who is upset about how the family is dealing with a problem can request the camera, record the situation, and replay the video later on for reprocessing by all concerned. Videos are a great learning tool because they offer a powerful glimpse of ourselves as we appear to others.

Alternatively, if a video camera isn’t available, get Marcy to help you in a role play. “What did I say? What did you do next? Am I doing it right? Were you waving your arms? Like this? What did you say?” Get down on the floor. Imitation helps you understand how Marcy’s body felt while she was acting out and also shows Marcy how she appeared to others. (The sight of you looking ridiculous will be easier for her to tolerate than the sight of herself looking ridiculous.)

4. Where performance is an issue, try a playful approach. Give Marcy a task. Set a timer. How long does she take to do it? Write down the time. Create a “daily derby.” When she takes out the garbage next, can she beat her last record? This approach is particularly good with children who dawdle about getting ready for school in the morning. Plan on having a “winner’s circle” at the end of the week.

5. Invite Marcy to specify rewards for a job well done. Avoid using money or food. Instead, offer extra alone time with a parent or favorite relative, special privileges, and popular activities or outings. Let Marcy decide what the family will have for dinner one night, which shows or videos people will watch together, and where the family will go on a Sunday afternoon (hiking? miniature golf? trampoline park? the beach?).

You can also have a “king for a day” reward, relieving the child of chores for a day. If you use a point system, the child can earn a small reward in one day and a larger one at the end of the week or month. Don’t make the child wait too long for rewards.

6. Remember that the difficult behavior is a pain not just for the grownups but also for the child. The problem behavior lets the child eliminate inner discomfort. She would prefer something that would earn approval rather than disapproval, but the grownups must lead the way to discovery. Anxiety management, after all, is a life skill. The kid doesn’t yet know that although you may not be able to change the stimulus, you can change your response to it.

7. Keep the praise, support, and encouragement coming. Bend over backward to find things the child has done right. Praise the achievement or behavior, not the child: “I really like the way you took out the garbage just now!” rather than “You are such a smart kid!” Avoid feeding the child’s anxiety about the expectations she must meet in the future. Remember that all of us want more than anything else to please the people who are important to us. When we feel we have succeeded, we are naturally eager to do it again.