What My Clients Have Taught Me 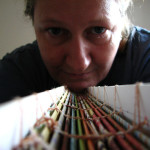 I chose psychotherapy as my work in the world because it lets me imagine how it might have felt to be born as someone else. I feel privileged to hear other people talk about their lives. My hours of listening have taught me many things.

Most of us licensed therapists have spent years as clients. We are required by law to earn postgraduate continuing education credits annually. Some of us have been mentored by teachers or other therapists.

The education I got from these sources, however, pales by comparison with that provided by my clients. Below are just a few of the lessons they have taught me through the years.

Everyone wants to feel normal, to be validated, and to be heard. Like the young boy whose alcoholic father beat his mother in drunken fits of rage, lots of people grew up learning that it was dangerous to look frightened, sad, or angry at home.

Many children wear a poker face and watch adults closely to anticipate bad news before it happens. Later, as adults themselves, these people still can’t voice their emotions.

Stay silent, and you are all alone. Share your feelings, and everyone else is right there with you. “That happened to me too! I know what that’s like.” Our own past experience helps all of us understand what other people are going through.

If I take no for an answer, it’s more likely to turn into yes. If you reassure someone that you are not going to force them to talk against their will, often they will speak sooner than they would have otherwise.

A mother brought her young boy to me. She worried that he needed to talk about seeing his best friend die after being hit by a car while the two of them were out skateboarding.

The boy had rejected another therapist who asked him point blank about the death. I told him I wouldn’t make him talk about anything. Within the hour, weeping, he was telling me how guilty he felt about having survived the accident.

We all need reassurance that other people will heed the limits we set. When they do, we feel able to trust them a little more. Conversely, we become wary when our boundaries are ignored.

We don’t do anything until we are ready to do it. In a group I ran years ago, one man protested that work and family responsibilities kept him from socializing. He had become shy and fearful of strangers, but he was lonely.

The group urged him to join a club, socialize with other parents, and so forth so that he could overcome his anxiety. He did nothing for a couple of years.

Then, suddenly, he came to group one afternoon and said, “I guess I just have to go out and meet people.” Over the next couple of weeks he made new friends. Within a month he had reached his goal, and he left the group.

His first two years weren’t wasted time. He was simply preparing for action. When he was finally ready, he made the necessary change.

We all need confidence in our judgment and our resources before we move forward.

Major losses make people risk averse. Once you have lost a parent—perhaps through death or adoption—you become afraid of losing more. It’s as if your life savings had been cut in half.

A brilliant woman with a mane of black hair insisted for many months that her adoption was “no big deal” because she had known about it since the age of three. But she avoided close relationships and seemed to believe that she didn’t deserve to be happy.

After months in therapy, she decided to look for her mother. Scary undertaking. What if the detectives found nothing? Or maybe she would learn something awful about her parents or herself. In time the big risk paid off.

When the search ended, my client found that a great weight had lifted. “Omigod, “ she said. “This is huge. I never realized. And now I have all these other relatives!”

Big losses may involve other things, obviously—your home, your job, your marriage, or your child, for instance.

We do what we know, which is often what we learned in childhood. Until we reach relative maturity, our upbringing sets the standard for our expectations. Even if childhood was difficult and painful, we tend to think it taught us universally recognized values and principles.

One dad said, “Nobody cares how you feel. People just want to know that you will act rationally!” His son, growing up, was careful to speak of his thoughts but not his feelings.

We know our families of origin intimately. Their dynamics, dysfunctional or not, feel comfortable and familiar and therefore safe. As adults we gravitate toward people who treat us as important family members did.

As we grow older, we try to stick with what we know. It feels like safer than unknown territory.

One woman, divorced for decades, wanted a long-term romantic relationship but could not pursue one without leaving behind an affair with a married man. Her need finally drove her forward, but not until she understood that she might otherwise die without having found lasting love.

Children learn faster than grownups. The young have relatively few bad habits to overcome. The learning process for them is intense and daily. Also, having experienced fewer losses, they have less at stake if they mess up. Adults often struggle with greater fear and anxiety.

Ineffective behaviors were usually effective at one time. Children who learned to show little emotion in their chaotic families of origin sought to protect themselves, but vigilance and avoidance may be barriers to friendship in adulthood.

Success, once experienced, is a powerful motivator. It reassures people that they exert some control over their lives. It brings a seductive taste of the benefits that lasting change could confer. In the process, it inspires hope. Sometimes to feel good about ourselves we need only to see our past experience in a different light.

The happiest people know their values and live by them. Wise people set goals and challenge themselves. They do not drift aimlessly from one day to the next.

Reactive living brings little long-term satisfaction. We all need to pursue a dream. Midlife reminds us that our time on earth is finite.

Everyone needs a sense of purpose, a vision of the good life, and a plan for reaching it, if not immediately, then in a few years. Our vision must accommodate our values, which guide us from day to day and help us to feel good about ourselves.