What Your Child Says Without Speaking 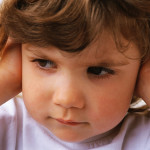 Most of what I know about children I have learned by observing them. What children say is only a small part of the story. How they look, act, and respond to their immediate environment—as well as to you and me—is far more important. The longer you look, and the more carefully you watch, the more you see.

There are so many things to see when you watch a child that it is difficult to list them all. As you notice one thing, you will start seeing others. I am not talking here about pathology. Also, for simplicity, I am speaking only about children between the ages of six and fifteen or sixteen.

Although I touch here on each feature in isolation, you will be trying to see how all aspects of your child combine to give you an overall impression. As you observe, you will be training your eye to see more.

It is easier to talk about a real kid than about an abstract child, as I must here. My examples are meant to show you how a particular behavior can hint at the underlying feelings. If I were looking at the whole person, though, I might rule out some possible interpretations that seemed inconsistent with other aspects of the child in front of me.

How does the kid stand and sit? Round shoulders can reflect sadness, a defeatist attitude, or anger. Physically speaking, they close the child in upon himself. People feel better when they stand tall, stretch their arms wide, and open their chests. Sitting promotes depression and anxiety. Exercise improves mood.

What does your child’s body language tell you? Does he sit rigidly at attention, or does he mirror the gestures of the person to whom he is speaking? Does she cross her legs or hold them tightly together, her arms crossed over her chest as if to protect her torso?

Ideally the child sits in a relaxed position, either upright or lying back against the cushions. Arms folded over the chest and legs crossed or held protectively together suggest that the child feels vulnerable or fearful.

On the couch next to a friend or relative, does she maintain a physical distance, or does she lean in? Children who cuddle into a parent on my couch, as small children often do, are generally showing trust. On the other hand, physical distance between a child and a parent can signal conflict or tension between them.

How two people sit when talking to each other speaks volumes about their relationship. Kids are usually more comfortable sitting next to an adult than sitting face to face, which feels more confrontational.

Is she fat or thin or in between? When children are overweight, the reason may be poor diet such as junk food. Sometimes nervous children binge eat or nibble constantly to soothe themselves.

When children refuse to eat or consume only tiny amounts of food, on the other hand, or binge and purge, ask yourself how readily they voice negative feelings. Do they speak up when they are hurt, ashamed, angry, or embarrassed? Food sometimes lets children feel more in control of their immediate environments.

The way a child dresses will give you information about how he sees himself, but grownups, whose generation had a different culture, may find it hard to decode. Black outfits may indicate not suicidal thoughts but membership in a peer group of Goths. Poor grooming (dirty, oily hair, dirty, unkempt clothing, or an adolescent’s refusal to bathe) is generally a sign of distress, however.

Children sometimes show distress by acting as if they were younger than their age. A girl who has been potty trained might start wetting her pants. A teenager afraid of growing up may hug a teddy bear to her chest all day. A child may suddenly start sucking her fingers or may refuse to let a parent out of her sight. In general, such regressed behaviors tell you that the child wants to be treated as if she were much younger, specifically, the age she is acting.

Compared with adults, children have few resources at their disposal. They lack money or power or influence. They depend on adults to meet their needs. To protest or resist they can only refuse to cooperate, stop talking, or—in extreme cases—engage in some destructive or illegal act, such as stealing, that flouts authority.

Does your boy look directly at the adult speaking to him, sit with eyes downcast, scan the room as if inventorying its contents, or stare in some one direction as if preoccupied? In conversation, does he make and hold eye contact? Or does he seem not to want to engage in conversation, turning his face or body away, without meeting your gaze?

How open are his facial expressions? Does he maintain a poker face, with perhaps a slight smile, or do you see various emotions cross his features, one after another? What feelings do you see? Anger, hostility, fear, impatience, or contentment? Something else?

How about your child’s voice? A loud and abrasive voice communicates anger and defiance. A soft, persistently inaudible voice may do so as well. Good articulation and vocabulary and a normal speaking voice suggest that the child communicates readily and for the most part expects to be understood and accepted.

What is the child’s energy level? Very high energy children may be anxious or may crave exercise and sensory stimulation. Beware of the instant diagnosis of attention deficit hyperactivity disorder (ADHD). Many of the symptoms associated with it also surface in other contexts.

Does the child focus readily on objects of interest and stay absorbed in them, whether they are video games or other toys? If so, then inattentiveness in class may have to do with school rather than with the child. Children who appear consistently uninterested in their surroundings may be depressed.

If your child does not readily express all emotions, possibly he is ashamed of some of them. Children who conceal their feelings often do so from fear of being vulnerable. When one boy in foster care came home in tears, his foster mother said, “Go to your room until you can pull yourself together!” Children often hide things they think grownups do not want to see.

How readily does your daughter engage with you, the parent, or with me, a stranger? Does she seem aloof, distant, eager to avoid sharing information? With a parent, this attitude can reflect anger or fear of criticism. With me, a stranger, it can indicate distrust. Is she hesitant about asserting herself? Or does she speak readily? How children act with strangers shows how they feel about themselves by hinting at the response they anticipate.

How does he appear in the company of siblings, other relatives, and peers? How does his demeanor change? Does he look comfortable in groups or awkward, like an outsider?

Everyone needs to have a sense of belonging somewhere, of being a member of some community. Children who behave as if they don’t fit in are usually lonely.

Is she alert and curious about her surroundings? Does she participate readily in activities? Does she become playful with toys or games? Is she comfortable following rules of play? Is she a good sport? Is she competitive? Poor losers may worry about their competence.

How does she handle instructions when she is learning something new? An unwillingness to take direction may hint at conflict with authority figures.

How is her tolerance for frustration? Does she need to win all of the time? Does she melt down when she loses, or does losing at a game seem inconsequential? When she loses, is she eager to try again, taking a different approach?

How children handle interactive board and card games can indicate how relaxed they are with play, how well they accommodate rules, how they feel about themselves, how advanced their social skills are, and how able they are to learn from their mistakes. Children who are ashamed of doing anything wrong may feel under pressure to be perfect.

Does he look his age, or does he appear older or younger? A younger child may feel at a disadvantage in groups of peers. A thirteen-year-old boy who appears nine or ten may feel inadequate in school, where the girls and other boys in his class are farther along in puberty. Height relative to peers can be particularly important to boys. A girl who appears older than she is may be treated by adults as if she were as old as she looks, so that adults’ disproportionate expectations become an added source of stress.