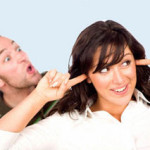 When I see couples for therapy, the problem is always the same: communication is blocked. It’s my job to ensure that both people speak and that both feel heard. In sessions with individuals I help clients probe their thoughts and feelings, but with couples I become a facilitator.

In these sessions, I watch as people talk to each other. Drawing on my own sense of what each one is saying, I stop the dialogue when I think a message is being misinterpreted. I often ask both parties what they are thinking and feeling.

After pointing out the disparities, I encourage people to check their assumptions before jumping to conclusions. I show them how to clarify their statements as necessary for better understanding.

The ability to sort out differences is essential for communication between any two people. A prerequisite is enough self-awareness to distinguish between one’s own feelings or viewpoint and the other person’s. Otherwise, the fifteen communication skills I teach are mostly straightforward and easy to learn.

In my observation, when couples put even two of them into practice, their relationship improves. When all of them are applied, there is a huge shift.

As you may imagine, the skills don’t solve the problem of who does chores and who pays bills. They also don’t settle the matter of whether or not it’s okay for you to raid my purse or read my text messages to other people. They do make it possible to talk about this stuff, however.

Do communication skills seem useless if they don’t make the other person do what you want? Before you answer, let me point out that relationships have a life of their own—a lifespan, if you will.

When couples first meet, everything is wine and roses. Each person is enthusiastic, optimistic, hopeful. Knowing nothing about each other, both parties assume the best and anticipate no setbacks or betrayals.

In time, as they do more things together and learn more about each other, they experience occasional misunderstandings or simply differences in the way they operate.

He is routinely late for appointments; she is unfailingly early or on time. She asked whether he had made a shopping list before going to the store; he furiously objected that she was telling him what to do. At this stage, they may duke it out, and each person often tries to control the other.

We are all pretty much wedded to our own views and ways of doing things. We resist altering our modus operandi to accommodate someone else.  We don’t like change. Sometimes we buttress our point of view by arguing that ours is the only way. Everyone knows, we might say, that your opinion is just plain wrong! Couples who are married or cohabiting often spend a long time at this stage.

Most couples focus on the situation at hand and don’t look closely at the underlying feelings, which are of course the most important part. The punctual wife may feel disrespected by the husband. The man who feels micromanaged thinks one of his boundaries has been violated. If the two of them could talk about the feelings they each have, the dispute would soon be over.

Eventually people learn which habits and issues are likely to cause a fight. In ten years’ time, if the couple stays together, they will probably have learned how to dodge the problem. Couples who navigate the shoals successfully learn mutual appreciation and grasp that no one can change someone else.

The hazard for couples who become sidetracked is impaired communication. When people stop talking about things to avoid conflict, the range of possible topics for conversation narrows. Important subjects, being touchy, increasingly go unmentioned. Feelings don’t get expressed in matters that count, and resentment builds. Eventually a what’s-the-use attitude sets in.

With the weight of all that remains unspoken, the silence can become oppressive. At this stage the couples counselor’s first job is to clear the blocked arteries.

Ideally, couples can talk about anything. The object of the fifteen communication skills is to facilitate dialogue. Thereafter, as disagreements arise, it becomes possible to solve problems in ways that satisfy everyone.

Sometimes the answer is for people to focus on taking care of themselves rather than on changing the other person.

Eventually, as relationships mature, the parties learn to accept each other as they are. Differences are anticipated and tolerated, perhaps even greeted with humor. Everyone becomes adept at adapting. Problems that can’t be solved without change become joint projects rather than battlegrounds.

When the problem is ours to solve rather than just yours or mine, then it goes without saying that the needs we both have must be accommodated, and our job is to find the answer together. Everyone’s concerns are recognized as legitimate and worthy of attention. When the negotiated solution satisfies both parties, it stands a much better chance of lasting.

The fifteen communication skills succeed partly because they nicely distinguish between your turf and mine. They let us respect each other’s right to take care of ourselves. As long as we can do so, it is less likely that either of us will feel trapped or exploited.

We can then take full responsibility for our individual choices rather than blaming them on each other. We can even go our separate ways if necessary without resentment and recrimination, acknowledging that our paths are diverging.

We hear each other’s feelings even when we don’t share them. Ideally we empathize. We keep our responsibilities to ourselves front and center. We let go of the urge to make the other person more like us.

The act of listening, by making communication possible, simply allows the two of us to stay connected. We still remain fully aware of ourselves, but, being in good company, we feel less alone.